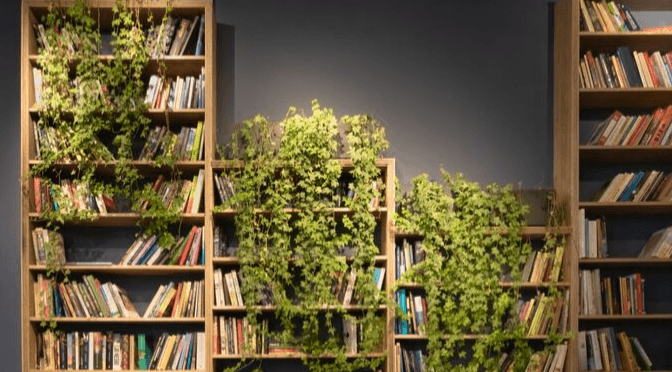 I’m going to start by giving you a little advice that will both help and horrify you:

Once you have house plant pests, it’s super hard to entirely eradicate them if you have a lot of plants.

So check your plants often and spray with neem oil as a preventative.

Out there shamelessly eating my plants.

Pests are a pain, especially to me, a vegan. I don’t WANT to kill them, but they insist on eating my plants. So I have to take a lot of preventative measures, which is far more time consuming than just nuking a plant with bug spray, but needs must.

This is not important to you. The rest of the post will be. Supposing you have a passing interest in keeping your house plants free of pests.

Where do house plant pests come from?

Realistically we can assume they come either on plants we’ve bought or in the soil of new plants.

However, if you create the right condition, they’ll just…show up. Especially fungus gnats, but that’s ok because apart from being annoying af, fungus gnats in normal quantities won’t really damage your plants.

In general, most plants prefer a moist environment and don’t like dry environments at all. So all of you overwaterers need to watch out – you’re actively encouraging pests to your plants.

Do check your plants when you buy them – especially if you buy plants from the reduced section. Often the rather sad, yellowing reduced plants have simply been overwatered, but always check.

Check orchids especially carefully. Orchids tend to be potted in bark, so the water can drain away pretty efficiently even if they’re watered every day.

Sad looking orchids may be infested (they could just be at the end of their flowering cycle but CHECK.

Check behind the flowers for mealybugs. I mention mealybugs specifically because they’re the pest I see most often in garden centres.

Types of house plant pests and how to identify them

Yeah, you’d think I was joking but I’m not. This is more specifically aimed at those of you that keep plants in terrariums. It’s not at all uncommon for slug eggs to wind up in the substrate or potting mix.

I know, because we have a fish tank that’s half water and half, er, empty, with a pile of mossy rocks that stick out of the water.

We added the moss and a watermelon peperomia that I’d been propagating. I was interested to see if it’d grow (it did).

A sunflower seed also ended up germinating in there (we assume it came from the birdseed we keep in a bin next to the tank). After the tiny baby slug ate the sunflower (which had grown beautifully – at time of death it had four leaves) an then moved onto the peperomia, whose since been moved to a safe house (a jar of water) and is going into witness protection.

The annoying thing is not only had I seen the slug, I’d taken a photo of it eating the sunflower and snet it to my boyfriend. By the time Dave messaged me back saying ‘GET IT OUT’ the little bastard had gone, NEVER TO BE SEEN AGAIN. We just noticed the plants decreasing in size and a lot of slime.

At the time of writing, he’s still at large in the fish tank.

How to identify slugs:

How to get rid of slugs:

I have a couple of plants with mealybugs.

It was actually mealybugs that finally saw off my ill-fated Dieffenbachia, but I can’t blame them – you wouldn’t blame a lion for putting a wounded gazelle out of its misery, would you?

There was a severe case of mealybugs on the mahoosive cactus we’ve had for the past decade.

It’s currently massive and growing. It’s in a pot with no drainage holes and gets watered never.

There’s gravel on top of the soil and the moisture probe proclaims the soil to be moist, despite me not having watered it all year.

Yes, I should repot it, but how?

It has spines an inch long!

When we moved housed we had to wrap it in cardboard and use oven gloves, and the oven gloves made no difference.

We were both severely spiked. It’s in an awkward corner of the kitchen an is just awkward in general.

It’s actually going to live at Dave’s work because it’s a fucking liability here. It’s sad because it’s old, but it’s basically the plant equivalent of a human with no brain function but being kept alive on life support – it’s basic functions are good but it has no quality of life.

I got rid of the mealybugs by using neem oil, but I think the infestation had actually gone before I got to it – there was just the gross white stuff left. I saw no actual bugs. Weird. Anyway.

How to identify mealybugs:

How to get rid of mealybugs:

Although I don’t have any surgical spirit – mealybugs have barely any molecular integrity, so a gentle poke with a cotton bud kills ’em.

It doesn’t make me feel like a very good vegan though. What am I meant to do though? Put up a sign warning all ye that enter here will get poked to death with a cotton bud? MEALYBUGS CAN’T READ.

The life cycle of a mealybug lasts a couple of weeks, so spray every four days or so for a fortnight to get rid of the bugs entirely. Although mealybugs are expert hiders, so keep an eye out for stragglers.

Never had ’em, never want ’em (ahhhh lolololol I have them now and they’re a pain. Although IMO thrips are worse.

Not to be confused with regular spiders, whom I encourage to make webs on my plants to reduce fungus gnats.

They tend to turn up when your soil is dry – they don’t like moisture at all, so my damp house is probably the reason I’ve managed to avoid them so far.

***I shower my spider mitey plants, and the mites don’t really seem to mind***

If you exclusively bottom water your plants, it might be worth misting the top of your soil every so often, just to ensure spidermites don’t taken an interest

How to identify spider mites:

How to get rid of spider mites:

Spider mite have a life cycle that’s nearly 2 months long (51 days I believe) so you need to keep up your spraying regimen for a long time.

I spray every other day for a week or two and then decrease it to every few days.

Showering them in tepid water is a great way to get rid of the webs and larvae.

I currently have an aphid infestation on, embarrassingly enough, one of my carnivorous plants, but I keep tweezing off a load, and he seems to be dealing with the rest.

How to identify aphids:

How to get rid of aphids:

Every palm I’ve ever had (admittedly only 2) have been killed by scale insects. I’m currently nursing another one, but I think winter will kill it off because it’s still very much recovering. Scale insects are awful, though kinda fun to pick off.

How to identify scale insects:

How to get rid of scale insects:

I hate thrips. Whilst they can live on plants and not do too much damage (though this isn’t a given), they’re really hard to get rid of.

How to identify thrips

The larvae are tiny lime green worms that looks like tiny rice grains. The adult look kinda like thunder bugs – black and skinny.

How to get rid of thrips

I have thrips on my Monstera deliciosa that come and go and don’t do much damage. But they’re ravaged my Thai Constellation and I can’t get rid of them 100%.

Whilst they don’t do the physical damage that spider mites do (at least it takes them longer) their sheer tenacity makes them a pain in the ass.

Ok, not a bug, and you can’t use insecticide on them (but you can spray them with water). If you’re seeing bite marks out of your plants, make sure it’s not your dog or cat before investing in bug killers. I’ve read that cats especially love African Violets, for reasons they’re yet to disclose.

I have a rabbit that is 100% likely to eat any of the house plants she can get her paws on, so we keep them apart. My mum’s dog likes to have a nibble on some of her plants, so they’re kept up a height. Don’t assume your pet will respect your plants.

Should you use chemical or homemade bug spray?

I do have a chemical bug killer, but I’m reticent to use it because all the research I’ve done would suggest that a) it can cause damage to your plants and b) bugs can become immune to it very quickly.

Also, for the price of a bit of vinegar and dish soap, isn’t it better to make your own? especially since you know it won’t damage your lungs or stain your carpet or whatever.

(I feel like I should tell you to be sure to spray your plants OUTSIDE because that’s what you should do, even though I don’t).

Tips for deterring and repelling pests

Most pests like a damp environment in which to lay their eggs. Except for spider mites, which favour dry, hot conditions. Possibly why I’ve never had any problems with them.

Not only does it give your plants a lovely shine, but it also stops insects from being able to breed on the plant. Neem oil doesn’t negatively affect most beneficial bugs except for bees. I’m assuming you don’t keep bees in your house so you’ll be fine, but be aware of this if you’re using neem oil outside.

You can buy it on Amazon. Sprinkle a layer on top of your houseplants to stop the baby bugs from being able to get out of the soil.

Good grief, I went onto Pinterest to look up the uses of diatomaceous earth and people EAT IT. They EAT IT.

Ok, now I looked up what it actually is and it’s BABY PLANKTON.

It kills beneficial bugs too, so be aware of that if you’re going to use it – perhaps try grabbing a ladybird or two first.

I have an article all about diatomaceous earth here.

I know nothing about these, except that they’re basically good bugs that eat bad bugs. Betsy Begonia has a video that explains the process though – watch it here.

Edit: I wrote an article about them.

I don’t adhere to weekly watering schedule (and neither should you if you don’t want to kill your plants) but I like to check my plants over once a week to check for bugs, and what the new growth is like, and whether or not they look like they’re having a good time.

This is especially important at this time of the year and coming into winter, since pests can get a foot hold more easily. Winter growth is generally weaker and more susceptible to getting pests, and the plant can’t recover as quickly when it’s not growing.

If you do notice a couple of bugs, or even a full-scale infestation, the first thing to do is to move the plant into isolation.

Physically remove as many of the bugs as you can using tweezers or a cotton bud. Mealybugs and scale especially love to get right into the crevice of the plants so be sure to check over thoroughly. If you’re unsure you can get them all, stick your plant into the shower and give it a gentle, tepid shower before spraying it with your bug spray.