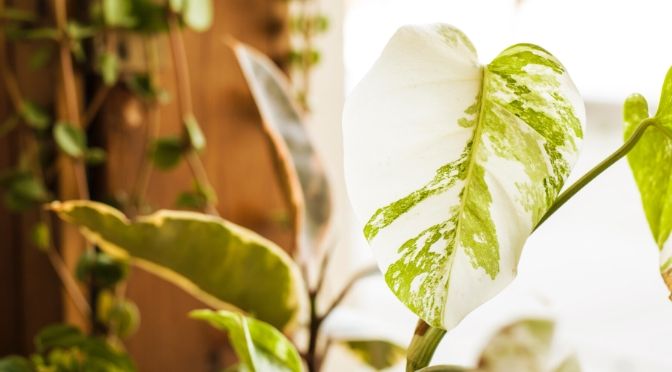 Ok, today I learned that cats and dogs can be poisonous to different things. I always kind of assumed that they were similar in terms of toxicity resistance, but clearly not.

If you can’t find information on a plant’s toxicity, let’s err on the side of caution, and not buy it, if you worry your cat/dog/llama will have a cheeky nibble.

Before getting into this, it’s worth mentioning that just because something is poisonous, it doesn’t mean it’ll kill whoever ate it.

Just because your dog eats an entire box of chocolates doesn’t mean it’s going to die. Some dogs are extremely resilient. I mean, alcohol is poisonous to humans, but it can be drunk without immediate death.

I’ll try to give an idea of how toxic a plant is, rather than a yes/no answer. Peace lilies, for example, are REALLY toxic, and so are Dieffenbachia.

But while a dieffenbachia will cause acute discomfort, it probably won’t kill your cat. Peace lilies, however, are far deadlier.

Gosh, what a cheery topic.

I’ve included rabbits, because I have two. I have no idea if I’ll find any information on house rabbits vs. monstera, but we shall see.

Are Monstera Deliciosa poisonous to cats?

Monstera delicios contain calcium oxalates, so they’re poisonous to cats. I would recommend either keeping it somewhere that your cat can’t get to, or not having one.

Unlike Dieffenbachia, Monstera are only toxic if ingested. Should your cat brush up against a Monstera, it’ll be fine.

Before you cast your Monstera into the fire, they’re only mildly toxic, so your cat would have to eat a lot of it to endanger itself.

Also, the nature of the toxins means that your cat will get a stinging sensation on its mouth if it eats a Monstera. I’d like to say that one nibble should deter any future ones, but it would totally depend on your cat.

I wouldn’t get one if I had a cat, to be honest. But if you already have a cat and a Monstera, don’t panic. Just keep an eye on both.

Are Monstera Deliciosa poisonous to dogs?

Even more dogs just…like to eat stuff they’re not meant to. Fair enough.

Are Monstera Deliciosa poisonous to rabbits?

Yes. The difference here is that apparently rabbits either don’t get the stinging sensation, Monstera taste good enough for them to ignore it, OR they like the stinging.

Your rabbit will actively SEEK OUT your Monstera and try to eat it.

There’s a whole (now edited) reddit thread about some poor girl moving a stool next to her Monstera so her rabbit can reach it better. People were way too harsh to her, but COME ON? Always Google before giving your pets any new food.

I protect all my plants from my rabbits after the great Calathea Incident of 2019 (to be fair, we accidentally left one door open too many) because they will find one they like and eat the whole thing.

Even the newly forming leaves, so you end up with Orbifolia leaves like this:

People always say that #orbifolia are hard to take care of, but mine seems hardy as heck! Just look at this leaf that was eaten by my bunny! The leaf was a couple of inches long and was bitten back to the soil – and look at it now! 🌱🌱🌱 Life,uh, finds a way

Are Monstera Deliciosa poisonous to humans?

I’d like to think we would stop eating a plant once it starts to sting our mouth, but one never knows.

I don’t have kids, so I have no idea how likely a toddler would be to eat a plant. Monstera leaves are pretty tough, so the kid would have to really try to get a mouthful.

Definitely keep your Monstera out of reach, but also remember that a kid would have to eat a sizeable chunk of Monstera for it to do much damage.

Are all parts of Monstera poisonous?

They’re called Monstera Deliciosa because they’re big (monstrous, you might say) and they produce a delicious fruit.

The unripe fruit contains the same calcium oxalates as the leaves, and will also sting your mouth and cause kidney failure if you eat an excessive amount.

But I’m confident that it won’t produce fruit in the front bedroom of a semi-detached house in North Yorkshire. Monstera rarely flower outside of natural/greenhouse conditions, so accidentally picking an unripe fruit and stinging your mouth is…unlikely.

Outside dogs and cats, there’s not much information about the animals that can or can’t eat Monstera, so I’m going to advise that you don’t let ANY pets chomp on plants.

The ones that aren’t poisonous are apparently delicious. Especially Calathea.