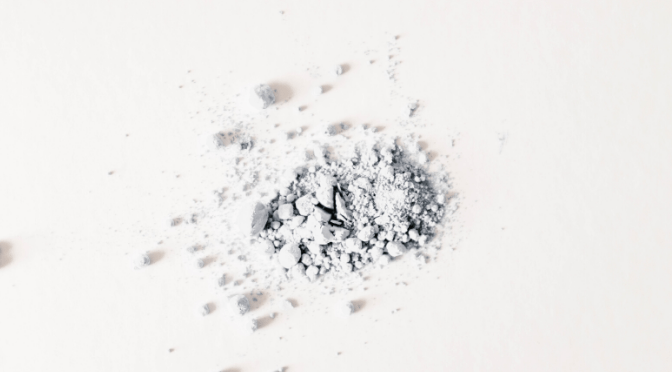 I’ve known about the existence of diatomaceous earth for a while ( I watched a Betsey Begonia video on it), and I thought it ‘d be a great topic to read up on and write a blog post about, since it’s one of the most effective ways of getting rid of fungus gnats.

So I innocently googled ‘diatomaceous earth’.

I will NEVER not be shocked by the things seemingly normal people eat but I was a bit taken aback. It’s literally fossils.

Full disclosure, I didn’t read about the benefits of eating diatomaceous earth. I suspect it’s the apple cider vinegar gang, and I’m likely to be sucked in. I currently don’t have the funds or the time to devote to a diatomaceous earth diet.

By the way, I’m not an apple cider vinegar denier. I’m just jealous because I can’t stomach it.

Anyway. We’re here to talk about the benefits of diatomaceous earth with regards to house plants, not constipation (ok, I researched a little bit).

What is diatomaceous earth?

Diatomaceous earth is white, crumbly rock, made up of the fossilised remains of diatoms (wait, can vegans even eat this?)

Diatoms are algae (yes, they can!) and they’re…pretty spectacular. Not only do they make up a decent proportion of the earth’s biomass, but they produce 20-50% of its oxygen.

Which I suppose isn’t that surprising since there’s so many of them, but still. Thanks, guys.

The ocean floor is sometimes as much as half a mile deep in the shells of dead diatoms (I’m a little confused as to why microalgae have shells).

I defy to find a more diverse set of uses.

Why do people use diatomaceous earth in house plants?

There three main reasons that diatomaceous earth is a useful product for indoor plant lovers.

This is probably the main reason plant owners add diatomaceous to their soil. It’s a mechanical insecticide, so rather than poisoning pests, it dehydrates them.

It is also extremely sharp if you’re a pest larva, and physically kills larva in the soil before they can emerge.

Diatomaceous earth can hold up to four times its own weight in water, so is popular in cactus and bonsai soil mixes.

It retains water and nutrients while allowing water to drain freely and quickly.

3 – It can help deter mould

You know that white mould that sometimes grows on the top of your soil? It’s a mould that pretty harmless to your plants but doesn’t look…great.

The dehydrating properties of diatomaceous earth can help reduce surface mould, and soil moisture, which in turn can deter pests like fungus gnats

Is diatomaceous earth an effective insecticide?

Yes – diatomaceous earth is a very effective insecticide for some pests, because it puts a stop to the whole lifecycle.

Fungus gnats, which lay their eggs in the soil, can’t physically lay their eggs if there is any diatomaceous earth present, because it dehydrates and kills them on contact. If you add DE after they’ve laid their eggs, then the larvae are killed when they start to emerge.

That being said, not all pests lay their eggs in the soil. Spider mites, the bane of most plant lover’s lives, lay their eggs on the undersides of leaves, so diatomaceous earth is unlikely to be effective against them.

If you have problems with gnats, flies, roaches, or silverfish, diatomaceous earth will definitely help, but spider mites, thrips, scale, and aphids are unlikely to be affected.

Damn. That’s really the only pests I get.

Technically, I could use it on the slugs that sometimes come into the kitchen but since apparently it’s like jagged glass to them, and they’ve never done anything to hurt me, I won’t.

How long does it take for diatomaceous earth to affect your plants?

It’s effective almost immediately, since it dehydrates bugs and soil on contact. HOWEVER diatomaceous earth is a very fine powder, so it could potentially get washed away when you water.

Where can you get diatomaceous earth?

Garden centres sell it, but I would recommend getting the food-grade stuff from Amazon, just in case you’re either tempted to try it OR (more likely) you have pets that like to eat soil.

It’s pretty cheap, and you only need to add a sprinkle to the top of each of your plants.

What else can you use diatomaceous earth for?

I’m going to stop there, because I keep coming across articles that claim that diatomaceous earth kills cancer and prevent diabetes and alzheimers, and we’re here to talk about plants, and how to get flies out of your wine glass, not cure dementia.

Are there any negative side effects of using diatomaceous earth?

Do I use diatomaceous earth?

No. I don’t have that much of an issue with gnats. I prefer to practice preventative care when it comes to plants, so I clean them with neem oil, which gets rid of a wider range of pests.

I’ve seen a lot of people top dress their plants with regular sand, which is cheaper than diatomaceous earth, and is less likely to get into your lungs. It’s a pretty effective way to deter fungus gnats, though admittedly it’s slower to get to work.

9 thoughts on “Is diatomaceous earth good for house plants?”