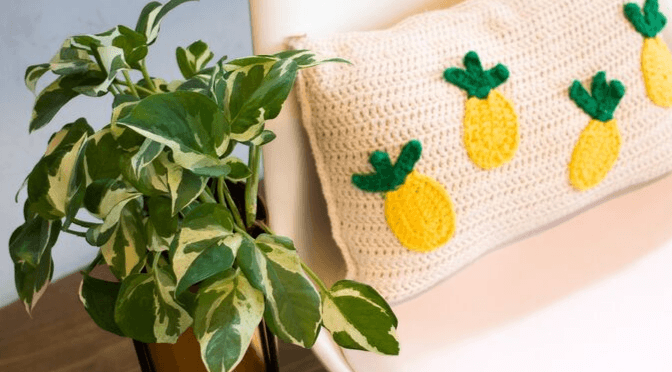 There are umpteen low maintenance house plant articles out there, and from reading it it’s pretty clear that the people writing them either have no idea about plant care or severely underestimate just how lazy some of us are.

For that reason, I’m going to rank the thirteen plants I’ve picked as being truly low maintenance, and explain exactly why they’re low maintenance and why, even though we’re told not to, you can absolutely keep a Monstera Deliciosa alive without paying it barely any attention at all.

First I’ll give you a ranking of the plants, then I’ll go through the care for them, and why I think they’re a low maintenance house plant.

For the record, I have a lot of higher maintenance houseplants now, but for years my boyfriend and I kept plants extremely badly.

We went through phases of massively overwatering them (and didn’t have drainage holes in the bottoms of their pots) and completely neglecting them.

Obviously, they were never fertilised and cleaned. But they survived. And now they’re thriving.

As close to a fake plant as you can get, but with the added bonus that it doesn’t seem to collect as much dust as a fake plant.

These things are truly astonishing. Anyone can keep one alive.

Mine stands in a dark corner four feet below a window (as dark as it can be without there being no light at all) and the bastard thing is growing.

(The way they grow is really cool actually – they send up a whole branch at a time, covered in leaves but all curled up, and then it all just unfurls).

It even has tubers below the surface of the soil so it can be pretty forgiving if you forget to water it for a month or two. It should be the law that if you ever kill a ZZ plant you should be made to take a house plant course before you’re allowed to own another.

I try to be kind to mine because it’s in a pretty crappy position, but I genuinely don’t think it cares. It’s just doing its own thing.

They’re cheap too – Sainsbury’s and B & Q often have fairly sizeable ones for under a tenner.

Ok, so baby ones can be a bit harder to keep alive, but the adult ones can take whatever you throw at them (or can be ignored entirely, as the case may be).

Spider plants, like many of the plants on this list, are nigh on impossible to kill. They will sort of go dormant and stop growing, almost as if they’re trying to ignore whatever dreadful fate has befallen them.

Smaller, unestablished spider plants die off quickly, especially if overwatered. If yours gets root rot, I recommend chopping off the dead roots and rooting it in water to try to grow some stronger ones.

I know, I know, there are hundreds of different kinds of cactus, and some are finicky as hell, and some will never die.

It’s just, I have at least ten different cacti and none of them have ever died. Some have flowered even, back in the days when I used and abused my plants.

Give them a bright sunny windowsill and leave them to it. They like more water than many people think, but they’ll also survive a drought like an absolute boss.

One of the great things about keeping cacti in the UK is that they actually like a cold spell, so you don’t need to move them from the windowsill in winter, unlike most other houseplants.

I think it’s important to add these in because a lot of plant people claim they’re hard to keep alive.

In fact, I have probably one of the most mistreated monsteras going and it made a full recovery. It actually nearly died (overwatered to HELL), so my boyfriend chopped it up, repotted it and it grew.

So easy to keep alive, but they require more effort if you actually want them to grow. But nothing out of the ordinary. Bright light and enough water and they’ll happily sprout new leaves.

I find it super exciting when my monstera put out new leaves (I’m extremely cool you see) because it’s interesting to see whether the new leaf is going to have any splits or holes.

Don’t laugh, just go out and get one. You’ll soon see what I mean.

I have a basic care guide here, a guide to getting them to grow faster here, and an article on where to score a cheap one here.

Oh, and bizarrely popular what on what you should do with aerial roots on your Monstera.

Again, impossible to kill as far as I’m aware. Unless you actively try to kill. A nice bright windowsill and a regular drink will keep it growing and in tip-top condition, but it’ll survive in a murky bathroom corner too.

These things will provide you with pups even in the crappest of condition – I know this because we have one at worker that my colleague LOVES to water. The poor thing lives in a bog and still had a baby. I’ve moved it to the window (and put a pothos in its original dark-corner-with-a-bright-artificial-light spot).

Snake plants are really cool to propagate actually (just snip a leaf off, cut a triangle out of the bottom so it has two little prongs and stick it in water). It takes a few weeks but lord, it’s exciting when it happens. I think because it seemed so unlikely that roots would grow out of its leaves. Well, it was for me anyway.

Popular the world over due to their can-do attitude. Mine lives in a low light corner on top of a bookcase and it’s growing happily (down towards the light, but that’s fine by me).

I’ve said it a million times, but why not a million and one? Just because a plant can survive in low light doesn’t mean that that’s the optimal conditions for growth. Very few plants aren’t happy in bright, indirect light.

If they’re kept in lower light conditions, growth can get a bit leggy, but since it’s a vining plant I think that look can be pretty aesthetically pleasing.

For those of you that prefer a fuller plant, you can prune it and plant the cuttings back in the pot, provided the cutting has a leaf node.

If you’re unsure about leaf nodes, remove a couple of the lower leaves and make sure the soil covers the portion where you removed the leaves.

And make sure you don’t plant it upside down.

Popular for a reason – if you over water them they look sad as hell (they literally droop) but don’t die. They grow massive and mine is currently poking me on the arm despite being a good metre and a half away from me.

I inherited an overwatered one and resorted to cutting off the very saggy leaves a few weeks ago. He seems to be recovering from the operation, and I hope he gets as big as my original (though where I’m going to put him I don’t know).

Mine grew too big for the windowsill (and I needed to move it away from the window for winter since the gap between the window and curtain gets v v cold) and it doesn’t seem fazed by the lower light conditions (I think we’d call it medium-light) at all.

These will provide you with pups should you want them, though in my experience if you don’t remove the pups pretty sharpish, the mother plant will kill them. Harsh. I took tiny pups and propagated them in water and they grow pretty quickly. They make great gifts (famously, apparently), and are unusual enough to give to a non-planty friend without being difficult to look after or particularly expensive.

Although mine does go through phases of dropping an alarming amount of leaves. The mealybugs get into the tube-like leaves and are pretty hard to eradicate. I’ve tried all kinds of sprays but have resorted to putting the plant in a  high-traffic area and inspecting it every time I walk past.

As long as you water it and ignore the brown tips it’ll inevitably get because it’ll grow like made and touch your windows, you’ll be fine. Mine barely grew at all last year (because that was back when I completely neglected my plants and hoped for the best).

Like aloes, the only issue you’ll have with this is finding somewhere to put it. It’s pretty pointy and will poke you if you put it on your desk as I have. My next house needs to have windowsills that are two metres deep in order to properly accommodate my plants.

You just fucking TRY to stop it growing. It gets leggy (the gaps between leaves gets longer) in lower light conditions, but it won’t stop growing.

If it gets too long, just prune it and stick the pruned bits back in the pot to create a fuller plant. Repeat until it has completely taken over your house and resign yourself to the fact that you now live in a jungle.

I have two of these bad boys now, and I love ’em. I think the fact they’re purple makes them look a bit exotic, even though my biggest tradescantia was £1 from the big Morrisons in Boroughbridge. A POUND.

If you’re after a purple-leafed plant but can handle something a little more exotic (but not particularly challenging), try an oxalis triangularis. Their leaves look like little butterflies.

Bright light is what it wants to grow. If it doesn’t get bright light it won’t grow (or will grow little crappy leaves) but it won’t die!

Similar in needs to a fiddle leaf fig, without the propensity to drop down dead if you so much as look at it. Rubber plants like bright light and warmth, and don’t like draughts and apparently, being moved. Fair enough.

Fiddle leaf figs are also known for their hatred of being moved which is so interesting. How do they know? Seriously, shuffle mine two inches along the windowsill and it has quite the hissy fit.

Ok, I have lost one Yucca but only because the other one killed it. So don’t keep two together in one pot.

Yucca can tolerate the cold (and draughts) so if they get too big you can shift them outside (yep, even in the UK). I keep mine by my french doors because they like a lot of light.

Plants that like a lot of light don’t usually do well in my house because they’re susceptible to draughts, but Yucca don’t mind them. A great statement plant that’s easy to take care of.

To wrap it up…

I’ve not written this list of plants to give you the chance to of some greenery with zero effort. Instead, I ask that you give them more love than perhaps you do.

Because they’re easy to ignore.

Sure you water them along with their more finicky mates, but you don’t need to care for them like some of the others (alocasia and your insatiable thirst whilst growing a leaf, I’m looking at you).

Having said that, these plants would be great gifts for a friend or family member that wants to get into houseplants but doesn’t know where to start. A little confidence boost from seeing a new leaf on a pothos os just what you need to spur you on to something a bit more challenging.

It might also be a thoughtful gift for an old person that maybe loved gardening but no longer can. Or who is a bit forgetful and would like to look after something but won’t remember to water it every week.

What I’m trying to say is this:

DON’T BUY PLANTS IF YOU KNOW YOU’RE NOT GOING TO WATER IT.