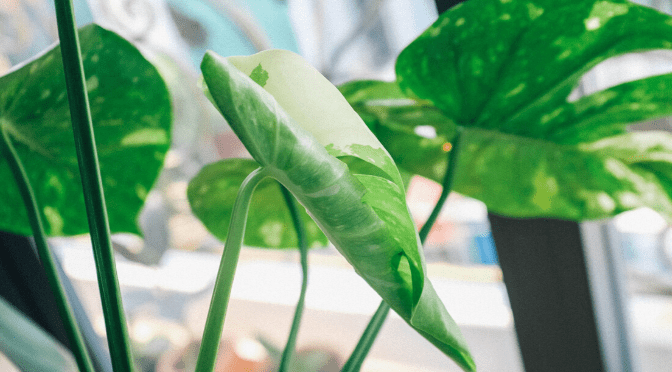 Aerial roots aren’t something I devote a lot of time thinking about, but it’s an oft-asked question on Google, so I thought I’d be a good plant blogger and clear up any queries.

TL;DR: chop off aerial roots if you want – it won’t harm your plant. But there’s also no problem with leaving them where they are.

This article doesn’t really cover monstera care, but I do have a separate article on that here.

Or find the quick guide on my Plant Index linked above. They’re alphabetical. Took me bloody ages to rearrange them, because I’m an idiot that made them in whatever order I wanted.

What are the aerial roots on monstera deliciosa for?

Aerial roots, also sometimes referred to as prop roots, are grown with the intention of supporting the plant.

I suppose ‘intention’ isn’t really the right word because plants don’t really have intentions, but that’s why they have them. It takes a lot of energy for plants to support themselves, so why bother?

Instead, they grow aerial roots that attach to other trees and then use those trees to support themselves and climb towards the forest canopy.

How are aerial roots different to underground roots?

They’re for climbing, and maybe absorbing a bit of moisture. Underground roots…aren’t. There are actually several different kinds of roots that I’ll cover at the end.

Underground roots, broadly speaking, take up moisture and nutrition from the soil to help your plant grow and photosynthesise efficiently.

The aerial roots on monstera deliciosa don’t help much in this area, although some specific types of aerial roots (found on plants that live in marshes) take in oxygen.

Can I leave the aerial roots on my monstera?

Yes! Why is this such a common question? If they’re not doing any harm, leave them.

And by harm, I mean poking someone in the eye, or just generally getting in the way. Monstera’s aerial roots won’t do damage to your brickwork like ivy can, but it can damage the paint.

If I owned my house I’d have aerial roots EVERYWHERE because they look cool af. You can always tuck them back in the pot to keep them out of the way.

If you see aerial roots on spider plants LEAVE THEM. They’re most likely propagative roots and will produce babies.

Why should I cut the aerial roots off my monstera?

You shouldn’t, you big meanie. Unless, like I mentioned above, they’re getting in the way, or trying to climb up your dining table etc.

Your plant wouldn’t go to the trouble of growing them if it didn’t want them.

This is really just a personal preference to be honest. The purpose of aerial roots on monstera is to help it climb up towards the light in the rainforest – a bit of a non-issue in the average house, you’ll agree.

You probably won’t harm your plant if you cut off the aerial roots – the biggest threat to it is you accidentally stabbing it with your shears, or giving it a disease through non-sanitised equipment.

But yeah, chop away.

Er, kind of like sticks. Here are the aerial roots on my Monstera deliciosa:

See, they look like sticks. Younger ones look greener, but I assume they harden off as they get older. This monstera has had a hard life.

My Thai constellation is yet to grow an aerial root, but my Peru, currently growing a very long vine for reasons best know to himself, has some:

Can I grow a new plant from aerial roots?

Well, probably not. There is talk online of some plants that can be propagated from their aerial roots but the chances of success are slim to none, so if that’s the reason you’re cutting off your plant’s aerial roots, you’re wasting your time.

Take a leaf-cutting (which may include an aerial root if you like) with a node and put it in water.

If you want to have a go at propagating an aerial root, young ones are more likely to root than old ones, but there’s no guarantee. If it does grow, chances are there was a leaf node all along.

I’ve scoured the internet trying to find out if you can grow a new plant from an aerial root alone, and whilst a lot of people say you can, I suspect there’s a cheeky node hiding there somewhere.

I think that the reason it’s advisable to include an aerial root on a cutting is that you’re guaranteed to have a node.

If you snip off a length of aerial root and submerge it in water, it’ll probably just rot. But it is a good indicator that you’ve got a node.

I’m currently propagating a Rhapidaphora tetrasperma and a P. golden dragon, and both have grown roots from what I assumed were aerial roots on the stem (although they were just stubs or bumps). So maybe roots are a bit like stem cells, and can turn into whatever kind of root is required?

Still, if an aerial root is brown and woody, it will probably just rot if you try to root it in soil of water.

Update: whilst the aerial roots themselves don’t magically turn into ‘proper’ roots, I have had roots emerge from the aerial roots, but only if they’re very young. So there you go.

Should I put my Monstera’s aerial roots in water?

Having said that some people have had success growing Monstera really quickly above fish tanks, with the aerial roots trailing in the water.

Is it the fish poop, the superior humidity or the lighting? There’s probably no way to tell. Feel free to give it a go though.

Should I point my Monstera’s aerial roots into the soil?

Again, for every person that claimed they grew a whole new plant from sticking and aerial root in the soil are ten others that said they just rotted. Aerial roots are designed to be in the air, so that’s where I like to leave them.

Sometimes an aerial root will make its way into the pot. I’d just leave it where it is, since they can provide a bit of stability for the plant.

Other types of roots

Non-botany nerds, you may go now. I just find this stuff kind of interesting.

Propagative roots – plants that send out runners to make new plants – spider plants, strawberry plants and this one week in my garden I can’t get rid of.

Pneumatophores – an aerial root specialised for the exchange of gases. Fair enough. Mangroves use then to obtain oxygen from the air, since their roots are submerged in the swamp.

Buttress roots – large, wide roots put out by trees in tropical forests with nutrient-poor soil. The roots can both stabilise the tree and grab nutrients from the surface.

If you’re interested in all this root stuff, this article is useful.

If you want to buy a monstera of whatever type, I have an article here on how much monstera cost.

There are loads of Etsy shops you can get Monstera from if you live somewhere where they’re super pricy:

There is NO reason to pay more that $40 for a Monstera. NO REASON. Unless it’s a behemoth I suppose.

If you live in the UK, a LOT of garden centres have them – they’re super common, but you can also check out Etsy.

Aaaaand if you just want to know how to keep your monstera alive then have a look here.

32 thoughts on “What do you do with aerial roots on Monstera?”