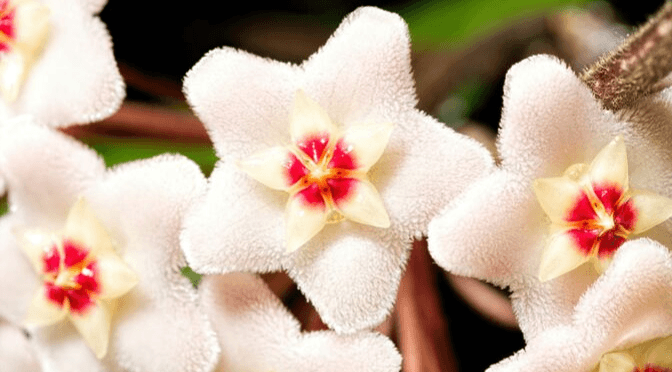 Do plants really purify the air?

But also, probably not really.

Look, I wrote this article I while ago. If you want to buy plants and tell your SO they’re cleaning the air, the one’s below are the more likely to have an effect.

My boyfriend actually feels that the air is noticeably different since I added dozens (oops) of plants to our home this summer.

If you bring a plant into your home to purify the air it’s called phytoremediation. It’s a real thing. NASA does it. Well, they’re spending a lot of money researching it anyway.

They’re not doing it to be helpful though.

It’s so we can live on Mars. Except not yet because plants aren’t good at it. At least not good enough.

How do plants purify the air?

They’re just absorbing gases, includings VOCS (volatile organic compounds), through the stomata on their leaves as part of their usual photosynthesis…thing.

Little do they know they’re taking nasties like formaldehyde with ’em. Poor sods.

What VOCs are they removing?

One of the top twenty most widely used chemicals in America, so I assume it’s a pretty major part of UK manufacturing too. It can come into your home through vehicle exhausts and cigarette smoke. Whoop.

If your house was insulated in the 1970s, it’ll be FULL of formaldehyde. YAY. It also comes from cigarette smoke and any unvented heaters. Also found just chilling in the air. A hard one to get away from.

Probably mostly from cleaning products. Maybe I’ll start wearing a mask when I clean. Or buy more plants *please imagine that one emoji with the shifty grin and raised eyebrow*

How does this actually benefit us?

DID YOU NOT READ THE BIT ABOVE ABOUT HOW EVERY TIME WE CLEAN WE RELEASE CRAP INTO THE AIR??

Although, whilst I’m glad that my plants are absorbing all this crap, I’m sure that if there were dangerous levels in the air, my plants would be dying.

That being said, if you have kids in the house, or ill or elderly people, maybe popping a spider plant or two could really help. VOCs have been linked to asthma and cancer. Shit.

My house contains two healthy, active adults and one rabbit the size of a beagle. I’m not kidding *digression warning* we recently adopted a 3-year-old rabbit called Izzy after our eleven-year-old rabbit called Izzy (yes really. She came with that name and we obviously like it, so why change it?). Let’s just say the pictures we saw online were 3 years old and we didn’t know that french lops were a giant breed. Anyway.

Plants absorb the VOCs and erm, do something with them. Hang on a sec, I’ll google it.

Ok, apparently all the teeny bugs (or micro organisms, as a proper person would say) that live in the potting medium also eat the VOCs.

But what do the plants actually DO with them?

Ok, I can’t find that information. Presumably they change the VOCs into something else.

Although I did read that apparently the plastic plant pots a lot of plants are potted in release more VOCs than the plants can absorb. Great. Terracotta it is then.

Here is a list of house plants that are good for removing VOCs from your home that won’t kill your cat if it munches on them. THAT BEING SAID any animal would probs get a dicky tummy if they ate the whole thing. Similarly, your dog may not necessarily drop down dead if it has a mouthful of monstera.

I’d just keep the two apart as much as I can.

Seriously, spider plants are the fucking best. They’re powerhouses when it comes to eating VOCs in comparison to other plants AND they take as much neglect as you can throw at them. Non-toxic, but I wouldn’t let my bunny eat it.

Good to keep in your bathroom when small because it’ll love the humidity and look fancy af. However, they get big quickly and there are fewer things more unsettling than a leaf stroking your bum in the shower.

They’re pretty cool looking, but mine got an infestation of scale and died.

I’m currently watching a cutting my dad gave me slowly succumb to root rot (my dad seems to have potted it in a small bog). He had to take cuttings because the original had a scale infestation.

Apparently they get scale a lot.

Not really selling them am I?

*Update* guess who died of scale. Yup. The cutting.

I want one but they’re too big.

I don’t know why I’m feeling the need to annotate each plant.

I’ve never even had a moth orchid.

Although maybe the flowerless orchid I have is a moth orchid.

Actually some are toxic, so check individual hoya.

Apparently cats like to eat them. They’re not toxic, but if your cats just gonna eat it, I maybe wouldn’t bother.

Want one, never had one.

Mine is in bloom (yay!) and has a small case of mealybugs (boo!). That is all.

Update: it died. And it was a pilea depressa, not a Swedish Ivy. Never mind.

Hmm. Like hoya, I’d be tempted to check individual varieties before letting Fluffy have a good chomp. Although my rabbit ate an ENTIRE Roseopicta before starting on my Orbifolia. It didn’t do her any harm and she evidently thought it was delicious.

I have a Calathea care guide here.

I’m going to annotate these again, for no reason other than to a) boost my SEO and b) entertain myself.

Oh, now I feel like I have to be entertaining.

I got my rubber plant (that I now know I mustn’t eat) for £3 from Morrisons. It has put out one leaf in three months. In a hundred years it will be a tree.

Nothing to say about this I haven’t said a million times before. Except I think people neglect theirs and it makes me sad.

I have a Sansevieria care guide here.

I have two monstera deliciosa, and I love them, but if you’re after an aroid but big-ass leaves but worry you won’t have enough light, go for a philodendron – something like a Golden Dragon is similar to Monstera but will still grow in medium light.

Obvs I have both. Smaug is my boyfriend’s favourite plant, and he’s desperate for another, even though they’re huge and we have NOWHERE TO PUT IT.

I have a monstera care guide here.

I have one and it’s alive. I give it no special care other than ensuring it lives somewhere with bright indirect light and minimal draughts.

And now I must never move it because apparently it will go off in a huff and die.

I have a FLF care guide here.

My boyfriend HATES them, for reasons he can’t explain. So I don’t have one, because I’m not really bothered and I would, bizarrely enough, hate to have a plant in the house that wasn’t wanted by both of us.

Poisonous and pointy. But it’s pink on the edges so I love it anyway.

Stick it on top of a bookcase that pets cant climb.

Really fucking poisonous. To point where you should wash your hands after touching it.

Doesn’t matter to me though because MINE FUCKING DIED.

After I tried EVERYTHING.

They’re actually really cool plants to keep, and I’m planning on getting a Reflector this summer. I have a Dieffenbachia care guide here.

Aroids are poisonous, is the vibe I’m getting. They’re great plants though (probably my fave) – care guide is here. If you like big plants but are crap at watering and have rubbish light, you were made to keep philodendron.

See Dracaena. Except not pink. And more pointy. And not poisonous to people. And I know that because a colleague drinks the gel.

Keeping your pets away from plants

Well, I have a rabbit and she’s in a pen.

Yes, rabbit aficionados, I would LOVE for her to be free roam, but unfortunately, she’s a demon child that has had no discipline in her life – I really wish I’d enquired about her upbringing when we adopted her – and she would destroy my (rented) home.

My boyfriend built her a 1.5 by 2 metre pen and she’s released on an evening for a few hours.

Although we (honestly) use an x pen to portion off the sofa we sit on (while she gets comfy on the other one) because she loves to randomly jump on your lap and bite your knees.

She’s getting much better though – she no longer chases after and bites our feet.

So yeah, at least one of us is in a pen at all times.