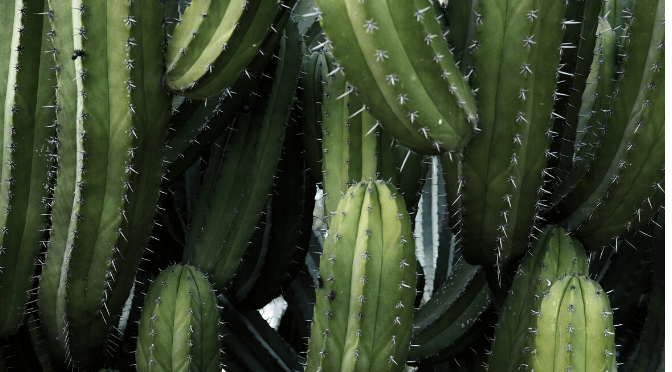 There are over 2000 different types of cacti. I’m not doing 2000 different posts on how to care for each of them, but this care guide will be suitable for the majority of common cacti available in the shops.

If you spend a lot of money on a weird one, please research that specific species. We’re doing general stuff here. I’m not being held responsible for you only fertilising your cactus once a year when that particular type needs fertilising twice a day.

I’m just trying to help all you plant killers to keep ONE species alive, and cacti are the one to try. So on we go.

The word cactus actually means ‘spiny one of uncertain origin’ in Ancient Greek.

Cacti are almost all succulents, which broadly means that they have the ability to store water. Cool cool cool.

They come in all shapes and sizes, from 1cm tall to nearly 20 feet (that’s the Elephant cactus. Google it, it’s incredible).

Cacti are found in many parts of the world, and though they can live in some of the driest parts of the world, they don’t all live in deserts. Some can be found in tropical rainforests, for example, Rhipsalis, which is an epiphytic (it grows by attaching its roots to trees, rather than in the ground) cactus.

Cacti would most like to live on the windowsill of a south or west-facing window, please. Don’t stick ’em on a dingy shelf or, god forbid, in the bathroom.

Cacti can handle a lot of bright, indirect light, and can tolerate a decent amount of full sun. I keep mine on west-facing windowsills and, so far, they’ve not burned.

(Remember that I live in the UK though – there’s barely enough sun to burn me, never mind a cactus).

In winter they need less light, but since the days are so much shorter I keep mine where they are.

Desert cacti can withstand huge variations in temperature. Here in the UK, I don’t need to worry about it getting too warm, but if you live in a hot climate they’ll be fine as long as they get enough water.

It is thought that in order for cacti to bloom they need a sharp drop in temperature. I’m not sure if they actually go dormant but growth certainly slows.

Unlike most other house plants, I’m happy to leave my cacti on my living room windowsill. Other plants would freeze because the space between the glass and the curtain creates a little pocket of cold air. The cacti are unfussed by the cold – so long as they stay dry.

Unfussy. Cacti and succulents are great at tolerating dry air (they manage to grow in the Atacama desert for Christ’s sake), but they also don’t seem to suffer in quite high humidity.

I know this, because my house is a naturally damp 68% humidity at the mo, and the cacti are fine.

Cacti have a reputation for not needing much water, and it’s BOLLOCKS. By ‘not much water’ some people think watering once a year is adequate. NO.

Get yourself a moisture metre if you don’t believe me. In summer mine get watered almost weekly.

However, there are some caveats when it comes to watering your cactus:

After a lot of googling, I’ve learnt that there’s a lot of different opinions on whether or not you need to fertilise cacti.

I would tend to go with Gardening Knowhow‘s recommendation – they say a good 5-10-5 or 5-10-10 (more phosphorus than nitrogen) fertiliser, diluted to half, will keep your cacti happy.

Gardening Knowhow also says that fertilising your cactus annually is probably enough, though 2-3 times a year is optimal.

Over fertilising is extremely harmful to cacti, so if in doubt, leave it alone.

What’s important is that the mix is extremely well-draining. A mix of equal parts potting soil, washed sand, and gravel or pot shards will work too. You can add Perlite or pumice too if you happen to have some.

But yeah, there’s nothing wrong AT ALL with pre-mixed cactus potting mix.

I favour terracotta for cacti because they like a big drink and then to dry out quickly. Some cacti growers actually blow-dry their cacti after watering them to keep them in optimal condition.

I can’t imagine keeping your cactus in the nursery pot or in a ceramic pot would do it any harm as long as you don’t give it either too much water or not enough light.

A lot of the information on cacti I found recommend repotting cacti as soon as you bring them home, in case the potting mix is unsuitable.

I’ve personally never bought a cactus that was in anything other than specific cactus mix BUT I suppose it depends where you get your plant from. All my cacti are from garden centres, but if you get yours from e.g. the supermarket, check it’s in well-draining soil.

Fuckin’ mealybugs. They seem to LOVE cacti, I’m guessing because they’re nice and moist (sorry) on the inside.

They can also get scale, spider mites, thrips, and aphids.

What I can personally attest to, is that cacti don’t seem to give a shit if they have pests. One of my cacti has had mealybugs for…a while (like a couple of years, sorry) and it seems unmoved. It has a bit of scarring, but it’s growing and blooming and having a nice time.

I’ve since eradicated the mealybugs by spraying the affected plant with a mixture of water, neem oil and dish soap. It works, provided you remember to do it every few days for a couple of weeks.

Fingers crossed, I’ve not encountered any other critters on my cacti.

Oh, and if you have a substantial cactus that you think can take it, a good hose down outside can blast off a few bugs. Just don’t leave it outside too long in case it picks up new bugs.

I’ve never actually tried to propagate a cactus, but it seems simple enough.

You can callously lop the top off your cactus and it’ll root, apparently. I haven’t tried it, mainly because mine are all too spiky. You just cut a bit off with sterilised tools, let the cut callous over for a few days and pot in up, with about a third of the cutting in the soil. Keep the soil damp but not wet by misting it, and it should root within a few weeks.

You can also cut off those little offshoots some cacti produce, which seems a lot less dramatic.

It’s also possible to propagate cacti from seeds, though the process is long and slow.

If you want to try propagating by grafting, you’ll have to google it. It’s way too high level for me. Looks cool as hell though.

Be kind. Some of them have had a very hard life.

To be perfectly honest, I’m not a massive cactus fan. I’ve never actually bought one – mine are my boyfriend’s that I’ve taken over the care for, since he’s prone to casual neglect.

They’re too spiky. They hurt. They also grow MASSIVE which would be cool if only they weren’t so spiky.

I’m sorry cacti. I’ll still care for you as well as I can. 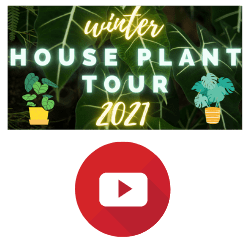