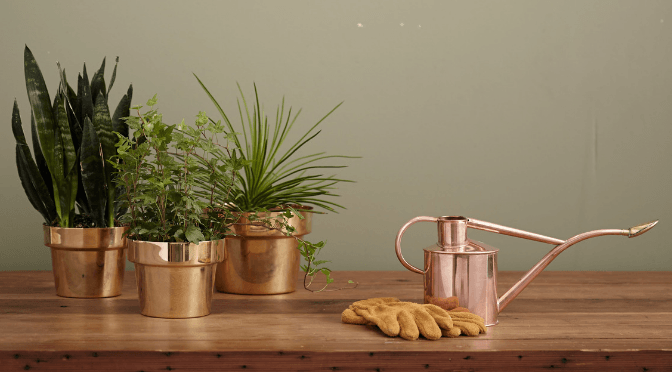 Only a few months ago I knew NOTHING about houseplants.

One thing I did know was that when you pot up a plant, it’s good practice to put rocks in the bottom of your plant pots.

People that know about plants – people on the internet, people on TV, grandparents.

The first thing you put in your plant pot is a lovely layer of rocks, or pebbles, or styrofoam, or broken up terracotta pots.

So should I put rocks in the bottom of my plant pots? Should you?

In general, it’s not necessary to put rocks in the bottom of plant pots. One rock to cover the drainage hole is enough – just enough so that the soil doesn’t leach out of the bottom but water can flow freely through the pot. Putting rocks in plant pots doesn’t aid drainage or improve air circulation.

So the answer is no, there’s no need for rocks. Why the ‘eeer’ then?

Instances when rocks in plant pots can be useful

Rocks are cheap (free if you take them from the garden/drive), especially in comparison to the potting mix. It makes sense to fill the pot to a certain level with rocks, just to save a bit of cash.

Do bear in mind that rocks are far heavier than soil, so prepare to have to leave your plant where you potted it if you find it’s too heavy to carry.

One thing you’ll know about me if you’ve spent much time in these parts is that I’m reeeeally passionate about drainage holes. Just read this post if you don’t believe me. Yup, I really wrote a 1,500-word article presenting my case about pots with holes. I promise it’s not as dull as you’d think.

If you have no option other than to plant a plant in a pot without holes, you could put a layer of gravel on the bottom to catch any excess water and stop it from being reabsorbed by the roots of the plant. It probably won’t help much though, and you should, you know, GO AND GET A POT WITH HOLES.

As I already mentioned, you just need one rock, to keep the potting medium in the pot.

Putting gravel in the bottom of a plant pot doesn’t make the water drain away more quickly, it instead creates a perched water table.

What is a perched water table?

Everyone still with me?

The myth re. gravel and drainage came about because it was assumed that gravity would pull the water through the saturated zone and into the gravel, away from the roots of the plant.

As it turns out, that’s not quite how it works.

The forces that hold the water into the soil are stronger than gravity, so the soil holds onto the water – imagine laying a sponge full of water on some gravel. The gravel won’t soak up the water – the sponge is holding onto it too tightly (source).

By adding a layer of gravel, all we’ve done is shifted the saturated zone closer to the roots of the plant.

But don’t the rocks in the pot allow for better air circulation?

Again, no. The water in the saturated zone is filling every air pocket with water, so the air can’t circulate from the bottom up. Good try though.

If you’re worried about air circulation, then stab your soil a few times with something thin and pointy (chopstick, moisture probe). Should the soil be really compacted, your best option might be to repot the plant entirely.

If there are no rocks in the bottom of my pot, how do I stop the soil from washing away?

I’ve already said you can have one rock, but what if you have a tiny pot that doesn’t have the spare real estate for a rock?

Instead, you could line the bottom of the pot with some kitchen towel, newspaper, or even a bit of coffee filter paper. That’ll be porous enough to allow the water to drain away (or soak through, if you’re bottom watering).

How do I make the water drain faster through soil then?

We’ve already established that putting a layer of gravel in your pot won’t help the water drain quicker – it’ll hinder it in fact.

It’s all about the potting mix. I have a whole post on potting mix here.

You can absolutely make do with regular house plant potting mix, but always add perlite and orchid bark for more drainage. Perlite absorbs water, so the mix dries out quickly, but so not so quickly that you have to water your plants every day.

I tend to do 1:1 sand and potting mix for succulents, or 1:1:1 potting mix, perlite, and orchid bark for, er, everything else.

If you want to DIY your potting mix, here’s what you need:

A third of the amount of coir of worm castings and activated charcoal. So 3:3:3:1:1

If you have a plant that like a moister soil, like calathea, then reduce the amount of orchid bark.

As long as you’re allowing your plants to dry out completely before watering them again, they’ll be fine. How completely they dry out depends on the plant, which is why I’m so in love with moisture meters.

I really shouldn’t be the go-to succulent guru though, because I made a beautiful arrangement of succulents in a shallow bowl (not the best for drainage tbh) and thought the white fuzz they developed was really cute.

A year on, when I educated myself, I discovered that the white fuzz was indeed mealy bugs, and had to sacrifice two of the plants. They were absolutely infested. I was unbelievably lucky that they hadn’t spread to the other plants.

I was a terrible plant mother. TERRIBLE.

Still, life’s about the journey (apparently, I suppose we won’t know until the end), and I’ve massively upped my game. I still get the occasional lone mealybug, but I just pick him up on a cotton bud and put him in the bin.

I’ve already put rocks in my pots, should I repot?

It really depends on the size of the pot and the plant.

If you’re a chronic overwaterer, then I’d definitely suggest repotting to do away with that perched water table.

It also shouldn’t be a problem if you have a relatively small plant in a decent sized pot HOWEVER if you have a plant that’s well matched to its pot with thick roots then I’d recommend repotting asap.

I have a full repotting lesson here.

Because the roots with curl around the rocks and you’ll have a hell of a time picking individual rocks out of your plant’s root ball.

If the plant has thin delicate roots, like a snake plant, then the rocks will just fall out when you come to repot. Something with hellish roots, like the aforementioned ZZ plant, will hang onto those suckers like they’re protecting young.

However, if you think that there’s going to be ample space between the roots and the rocks, you’ll probably be a-ok until the time comes when you can next repot your plant.

Repotting can be stressful to some plants, so don’t do it unless you’re pretty sure it’s in the best interests of the plant.

Final thoughts on rocks in pots

I think I’ve made my stance here pretty clear, no?

And that’s it. Happy planting!

10 thoughts on “Do you need to put rocks in the bottom of plant pots?”