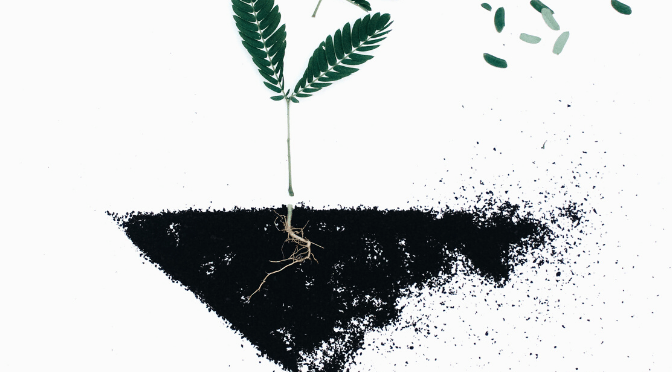 Bog standard house plant potting mix is almost always peat-based, with a bit of lime chucked in to adjust the pH, and fertiliser crystals added.

I would advise that you always bulk up the drainage of the soil with perlite, and a handful of orchid bark wouldn’t go amiss. Otherwise, when you water you’ll end up with, er, mud. Whilst this is fine if you’re happy to let it dry out, overwaterers among us end up with root rot, which is sad. Nurture should be rewarded.

I’m an underwaterer, so house plant potting mix has always been fine for me, but a couple of things have led to to pursue making my own potting mix.

I go into more detail later in the post, but there are 2 main reasons it’s a good idea to make your own potting mix:You can choose environmentally friendly ingredients

I’m not entirely sure if it’s cheaper to buy house plant potting mix or make you own. It probably is if you buy it in bulk, but I’m not making any promises.

Here’s a list of all the things that you may find/add to your house plant soil to help grow healthy plants:

Peat moss makes up a decent proportion of house plant potting mix, though obvs the amount varies from brand to brand.

So what is it? Well, it’s moss. From a peat bog. As it decays it becomes regular peat, and basically breaks down into soil.

Sphagnum moss is a genus of around 380 different mosses that are more commonly known as peat moss.

There’s a bit of controversy surrounding the use of peat moss in potting mix – used on its own it’s charged with breaking down too fast and compressing the roots of your plant. Mix it with perlite, however, and you’re golden.

But the real issue with sphagnum moss is the impact it’s removal from the ecosystem. The environment around peat bogs is rich, diverse, and provides a habitat that:

I plan on writing a whole article on why these ancient peat bogs must be preserved, but for now, just know that they’re one of those resources we’ll really really miss when they’re gone. If you’re interested in finding out more, check out this article.

So yeah, if you can find a decent peat-free houseplant potting mix, let me know.

Lime (as in limestone) is added to potting mix in order to correct the pH of the soil. Plants like to be in soil that’s got a pH of around 5.5 – 6.5 (fun fact: no one really knows why we call the acidity/alkalinity of stuff pH).

That’s the range when they can best absorb the nutrients from the soil.

You know how you don’t usually need to fertilise plants for around the first year you have them?

That’s because the potting mix they come in in their nursery pot tends to have slow-release fertiliser crystals in them. If you can see little blue gritty bits in your soil, that’s probably fertiliser. I mean, definitely fertiliser. I think. What else would it be?

I googled what was in the blue crystals, and could only deduce that they’re made from a compound of nitrogen, phosphorus and potassium compounds. Fair enough.

Fertilisers are dyed blue so that you can see how much you’re putting on/can see if the plant already has fertiliser in the soil. Smart.

The darker blue the crystal, the more nutrients in the fertiliser.

Perlite is the white stuff that always floats to the top of your pots.

Perlite is an amorphous volcanic glass that has a relatively high water content, typically formed by the hydration of obsidian.

And there was me assuming obsidian was black. Well. The more you know.

The reason perlite is added to house plant potting mix (I always add a load more) is that it has high permeability but doesn’t retain water – so it is great for a well-draining soil and really helps to prevent your soil from becoming too compacted.

According to Wikipedia, vermiculite has perfect cleavage. I have no idea what that means geologically speaking, but it made me chuckle because apparently I’m five.

Vermiculite is a type of rock, so what I’ll discuss here is how vermiculite differs from perlite, and when you’d use it.

Vermiculite is made from super-heated mica and is soft and spongy.

Perlite is made from super-heated volcanic glass, and is hard.

Whilst perlite traps water, vermiculite actually absorbs it, and can retain it for longer.

Long story short: add perlite to the potting mix for plants that suffer from root rot and for rooting cuttings (which are more susceptible to root rot. Also use perlite for plants that like to dry out quickly, like cacti and epiphytes. This is most common house plants.

Vermiculite is useful for plants that like to retain a bit of moisture, such as ferns, but I personally don’t use it, because it doesn’t aerate the soil as perlite does. Also I can’t be bothered to buy both.

Orchid bark is commonly found in garden centres, but I’d encourage you to go for the bark sold in pet shops for lizard bedding – check out my resources page to see the stuff I buy.

You can get big bags of bark chips from garden centres considerably cheaper than orchid bark. I’m trying that next year, unless some comments telling me why it’s a bad idea.

Surely they’re the same, bar a bit of orchid food?

I’m all for saving a bit of cash.

Like bark, but older. You can buy composted bark, or compost your own. Be aware that it breaks down and loses its nutritional value quickly, so you may need to add fertiliser.

Pumice adds aeration, drainage and nutrition to the soil like perlite. It’s heavier though, and doesn’t float to the top.

However, before you run off and swap your perlite for pumice, be aware that pumice, unlike perlite, isn’t sterile. God only knows what could be lurking in those porous rocks. It’s also pretty heavy.

I’m happy with perlite at the moment, but pumice could be a solution for those of you with chronic over watering problems. Pumice is more difficult to get hold of, but if you can get it, feel free to use it instead of perlite if you use my potting mix recipe below.

Coir is from coconuts – the hairy outside bit all the way to the bit you can eat. The useless bit – until gardeners came along. It’s amazing:

It is inert though, so you’ll have to provide nutrition for your plant in other ways.

This is added to potting mixes for a variety of reasons. You don’t need it, but it has its benefits, namely that it helps prevent mould and fungus, and repels bugs. It also absorbs water, so another friend of the serial overwaterer.

I’m planning on using bunny poop in my house plant potting mix – it’s rich in nitrogen, doesn’t smell, and, crucially, I have a vast supply being created as I type within my home.

If you don’t have a bunny you could try worm castings, which is worm poo. Either make your own wormery or buy them from Amazon.

Should you buy or make your own?

It’s really up to you.

At the moment, I buy pre-made potting mix and add my own bark and perlite. However, due to the environmental issues thrown up by peat moss, I’m going to try this year to make my own potting mix using perlite, coir, bark, and whatever else I discover. Oh, and bunny poo.

Reasons to make your own house plant potting mix

Wow, I never thought I’d have a recipe blog.

Coco coir – 4 parts. You could use sphagnum moss here, and to be honest nothing beats it for growing good roots, but we’re here for a long time, not a good time, so I prefer to use coir rather than ravage ancient peat bogs.

Activated charcoal – 1-2 parts – if you have an aquarium, you may already have some – a lot of filters use it

Worm castings – 1-2 parts. I’m going to start using one part worm castings, one part bunny poo. Anything that adds nutrients to the soil goes here. You can use compost if you like, but CHRIST you’ll get a lot of gnats.

(I got all this stuff from eBay because it’s cheaper, but if you want to get it from Amazon, there are links on my resources page).

I measure everything into a bowl or deep sided tray and mix. With my hands. Because it’s the best way.

The ratios shown above make a perfect aroid mix. For Calathea I would use 6 parts coir and 3 parts bark chips, but use your own judgement. Calathea like to have more moist soil than aroids, so the chunkier the mix, the more watering you’re going to have to do.