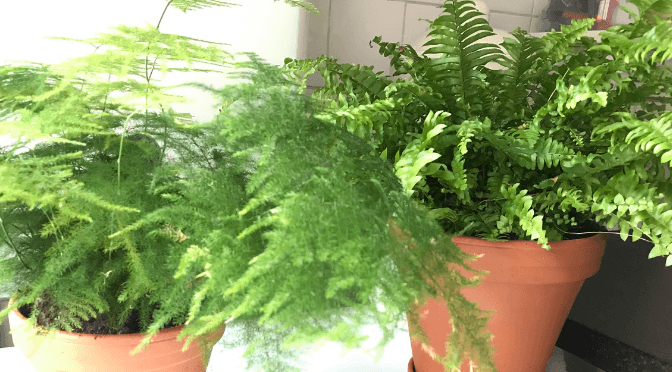 As hobbies/lifestyles/collections go, houseplants can occupy whatever price bracket you wish.

If you’re in this thing long term, buy yourself a spider plant, pothos, or other easy-to-propagate plant and off you go.

But if plants are so easy to propagate, why are houseplants so expensive?

In short, the more expensive the plant, the more difficult it is to keep alive.

Which is a pain, because if a professional is struggling, then why would I fork out my hard-earned cash for a plant that’s already got the botanical equivalent of the black spot.

However, the difficulty of cultivation isn’t the only factor in determining a houseplant’s price. We also have to consider factors such as:

Pilea peperomioides was extremely difficult to get hold of (and expensive if you could find one) in the US until relatively recently. In Europe however, they’re fairly common and cheap – mine was £10. They’re not difficult to propagate though and I know this because LOOK AT THE ROOTS ON THIS BAD BOY:

Time is money when it comes to running a successful business, and plants that root quickly are often far cheaper than ones that can only be grown from seed, or just take a lot longer to grow.

One of my favourite plants is my Tradescantia Zebria, because it grows like a weed. I bought it for £1 from local Morrisons a couple of months ago and I’ve had to repot it twice. During the second repotting I accidentally snapped off a portion of it, so I stuck in back in the pot and hoped. Not only did it survive, it started putting out new leaves almost immediately.

IT WAS A POUND.

Where are houseplants grown?

One of the biggest costs that large houseplant producers have to cover is transport. Not really a problem for people growing houseplants in the UK, but they’re few and far between, and tend to be small business owners selling more specialist varieties.

Most of the plants supplied to the garden centres and supermarkets of the UK are from Holland. In order to shift the plants across the channel, costs are incurred – there’s the obvious ones – the vessel in which they’re transplanted, but also smaller costs such as import costs and any possible quarantines.

Is it easy to transport houseplants?

I scoured the internet trying to find out how the big companies transport houseplants, but they’re keeping their methods close to their chests.

Still, regardless of whether you’re posting your plants by sea or air, houseplants aren’t big on being moved.

Although I found that mine quite like to be moved around the house, they don’t like big changes. Even considering companies that specialise in growing plants will be experts at keeping these plants alive, casualties are inevitable. The cost of these casualties will be reflected in the cost of the rest of the shipment.

In order to keep the number of surviving plants high, precautions will be taken. I’m talking humidifiers, grow lights, temperature stabilising equipment, and packing materials. See how the costs mount up?

Plants that are more tolerant of sudden changes in temperature such as spider plants, yucca, and succulents are therefore cheaper.

Firstly I’ll cover the general places to buy houseplants on the cheap, and then I’ll name and shame the actual places I go to.

Supermarkets have plants that fall into three categories:

Trendy & easy to keep – currently pothos and zz plants in the UK. I’m not mad. I got myself a golden pothos for myself and one for my dad because they were a decent size and only £5 from Sainsbury’s. My dad LOVES plants but my mum can kill every plant in the world just by looking at it. They don’t have a pothos and I thought it would be a good contender for the title of Plants Even My Mum Can’t Kill.

My boyfriend bought me my first zz plant for £9 (also from Sainsbury’s).

I also got the Boston fern in the pic below for £3.50. It was in a sorry state but it perked up after spending a month or so in my bathroom.

Plants old ladies like: peace lilies, tiny roses, and Africa violets. Old ladies love plants and seem to intrinsically know how to look after them – which ones need a bit of bleach in the water (!), which ones like to go outside in the summer, and which ones to attack with scissors. It’s like they have to take a class when they become grandmas.

Orchids: probably with a dyed flower that will die in two weeks and the plant will never flower again because they’re picky bastards that want to live parasitically in the rainforest. WELL DON’T WE ALL?

Although the trend is now for fake house plants. Jesus.

House plants are becoming more wide-ranging in garden centres, but prices vary MASSIVELY. I’ve also noted an irritating phenomenon whereby instead of saying what the plant is, it’ll just be labelled as ‘foliage’.

Please note that garden centres seem to have a policy of watering their plants every damn day, so you may need to leave your most recent purchase a week, or even two, before watering it again.

I spent £14 on a string of pearls that I’ve had for nearly a month that’s still sodden to the point of growing mushrooms. I know I mention that a lot but I’m shocked and appalled.

A quick note of buying plants from the reduced section

This applies to both garden centres and supermarkets.

Then general advice that experts give is not to buy plants that have been reduced – they’re reduced for a reason. They might have a fungal infection or even an infestation of pests.

HOWEVER, if you spot a bargainous specimen, sad-looking or not, it’s worth checking it over. If you can’t see any signs of disease or bugs (and look really hard) it may just be a victim of overwatering.

A lot of plants are watered every day, especially in supermarkets, where the employees are unlikely to be house plant experts (and even if they are, they’ll be forced to follow store policy).

If you do decide to buy a reduced plant, I’d recommend keeping it away from your other plants until it perks up, or you’re certain it won’t infect anyone else.

eBay and Etsy are great for buying specific plants.

Facebook Marketplace is for buying sad, overwatered aloe, copious spider plant babies, and cactuses that are so big they pose a threat to the seller’s kids. Often free, as long as you correct. I advise bubble wrap and a pair of oven gloves (used for cactuses only) to aid in transport.

Before the golden pothos trend hit Sainsbury’s, I bought a cutting for less than £4 (free shipping) from this shop on Etsy. It arrived in perfect condition, with a little handwritten note, and has since produced a new leaf. Can recommend.

*Plantinka closes in winter, as a lot of online places do. Plants don’t travel well in the cold, and if vendors replace dead plants that’ll drive the price up further.

There are so many awesome Etsy shops selling pretty cheap plants, such as:

Check out my resources page for more.

I recently accepted some plants from a friend that was moving: an orchid, an African Violet and an aloe. All were in pots with no drainage and therefore, er, drowning. They’ve all dried out now and are doing well. Not bad for free.

I’m fairly new to keeping houseplants alive (I’ve had houseplants for years, it’s just I’ve only just learned that you don’t just wait for them to die before buying new ones) so I’m new to propagating them, but it’s so exciting!

I’ve successfully propagated a spider plant in water and potted them up in soil now. I’ve grown roots on the Pilea and I’ve taken a cutting from a heart-leaf philodendron this morning.

Watching their little roots grow is magical, and really appeals to my nurturing nature.

***DISCLOSURE*** I only like nurturing plants and animals. I’m not a kid person.

Plants, in general, thrive off being together (and not just because it increases the humidity in their immediate surroundings), unlike animals, because if you have 20 dogs that’s animal cruelty, as well as being expensive. Plants also don’t crap on the carpet.

If you don’t live in North Yorkshire or the general North East (of England, you know, the old one, then you can leave now. However, for the dozen or so of you that are left, here are the specific supermarkets I visit to get my houseplants:

It’s not a very big branch, but it tends to have more houseplants than the bigger ones in York or Harrogate. I got my Boston Fern, Golden Pothos, and ZZ plant from here.

This is very hit and miss – I got my Peperomia Obtusfolia from there for £1, although I think it’s maybe a Peperomia Rotundifloia (is neither. Is a Hope). Either way, it’s growing like mad, as is the Tradescantia I mentioned before.

The absolute best for if you’re getting started because they sell teeny, CHEAP plants.

They have a great selection of plants, and I’ve got loads of my plants here, including the asparagus fern, a watermelon peperomia, my sundew, which I discuss the benefits of re. fungus gnats in this post, and a mysterious plant labelled as a Eustoma, which I don’t think it is (***update:it’s dead, and I still don’t know what it was).

These are fast spreading over the country.

They have a fairly basic selection of houseplants BUT I like to check their selection occasionally for mislabelled plants.

So yeah, I bought what I thought was a pothos for £6. It was only when I was reading about that little leaf case philodendrons have that I checked the picture against my ‘pothos’. It was indeed a heart-leaf philodendron. Nice.

Dobbie’s have also started selling small, more unusual house plants at reasonable prices – I got a massive philodendron Green Wonder for £18.99 and a little stromanthe for £4.99.

So, why are houseplants so expensive?

But that doesn’t mean you can’t pick them up cheaply if you know where to look. Good luck on your quest for cheap-ass plants!