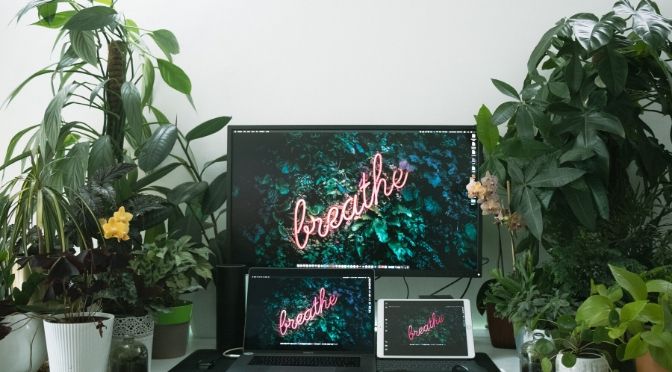 This is not clickbait. I promise. And it has nothing to so with watering or humidity or anything like that. Although those are very important. Especially humidity, which a lot of people overlook.

So here it is. The one thing you can do to best know how to keep your plant alive:

Research how and where your plant lives in the wild

We know not to over or under water. We know to dust our house plants. But it’s hard to know exactly what each specific plant wants.

So find out where it evolved to live, and try and replicate those conditions.

Oh, and I don’t mean the geographical location, I mean the environment. The jungles of South-east Asia are similar in temperature and humidity as the rainforests of the Amazon, despite being as far apart as it’s possible to be.

Does your plant live in tropical rainforests?

The majority of foliage plants live here, so it’s a big group.

Plants that live on the floor of tropical rainforest

The reason for this is, as far as I can see, it rains a lot in rainforests, so the ground is constantly moist. The reason is it isn’t sodden and muddy everywhere is that it both soaks away further into the ground and is absorbed by the thousand other plants in the surrounding area.

Does your plant live in either less dense rainforests the periphery of rainforests?

These rainforests are still warm, but not as humid (but also not dry), and they’re not quite as lush. Think the plants that live in the jungles of Australia and Japan.

These plants require the same care as the vining plants that live in tropical rainforests, but there are a couple of key differences

Does your plant live in an arid environment?

Succulents, and a lot of palms.

The hardiness of your plant is an important factor to remember

You may be reading that and wondering why you have thriving Aglaonema yet a candle burning to commemorate a dozen dead Calathea when they require basically the same conditions.

There are a few factors that influence that, all basically relating to hardiness.

In short, some plants are picky. An aglaonema would LOVE to have constantly moist soil and a humid environment but will tolerate less perfect conditions – they take for example tap water in their stride.

A Calathea will just die. The reason we put up with it is that they’re absolutely beautiful, and a lot of humans love a challenge.

Some plants are extremely popular and have therefore had hardiness bred into them. Think plants like Monstera, that have made a lot of commercial plant growers very rich.

Actually as I’m writing this I’ve realised that I can’t actually prove causation.

Some plants, like Monstera Deliciosa, Golden Pothos, and even some Alocasia are actually invasive species.

I’ve already written a post on the factors that affect how expensive plants are, but basically, if plants die easily, they’re more expensive because, for every one you buy, you’re paying for two others that either died in the greenhouse or, more likely, perished during transport.

Popular plants like Calathea bring in a lot of revenue for garden centres, so they breed them to be hardier, but they’re still in a greenhouse environment.

This is why tissue culture is such a big thing – you can effectively clone hardy plants over and over.

The plant that’s the exception that proves the rule

There was always going to be one, wasn’t there.

Whilst my tip of identifying where the plant comes from still broadly works, a species that basically turns up in every continent bar Antarctica and thousands of different habitats.

A plant you’re as likely to find in the deepest tropical rainforest as you are in a meadow in England.

still managed to earn a top spot among most popular house plants.

I don’t like this plant. I don’t know that many general plant addicts that you – if you like this plant, you probably only collect varieties of this genus.

For every one that will die the second the soil dries out there are a hundred more that don’t mind if you forget to water them for a month. They grow on the ground, climb trees, live amongst grasses…anywhere.

If your plant isn’t thriving, find out where it lives in the wild. Does it need more light? Less light? More humidity? Better drainage?

This can also help if you, unlike me, are into getting plants to bloom? A lot of blooming plants are extremely picky about temperature. If you’ve noticed, a lot of tropical plants won’t bloom in the home.

The plants we associate with flowering in our homes come from jungles that experience colder weather seasonally – hoya, African violets, Christmas cactus.

I hope this was helpful. It actually really helped me to consider a plant’s natural environment, but then I’m kind of a geek about botany and also the fundamentals of cultivating plants that can survive in rainforests and houses.

I’m just cool in that respect.