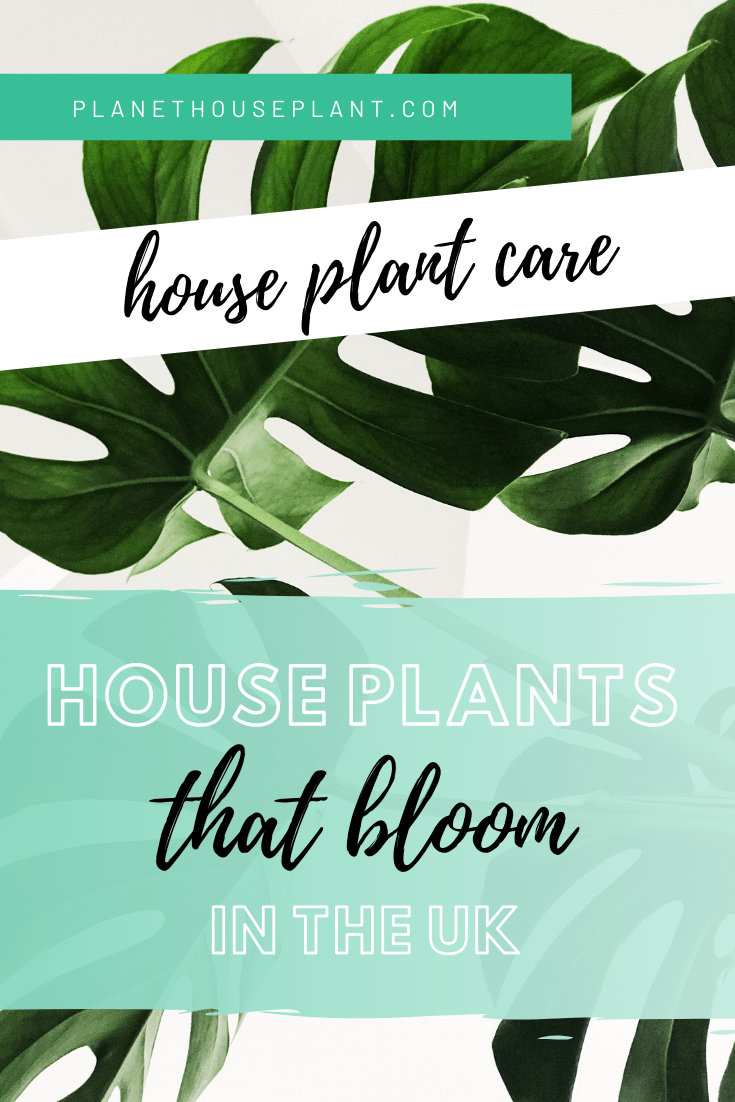 There are LOADS of house plants that will bloom in the UK, including:

Most plants bloom. It’s how they make baby plants. But whilst some flower seemingly for the hell of it, or seasonally, or because it’s the third full moon in a leap year, others will only bloom in optimal conditions.

And since those conditions tend to be, you know, in the rainforest, they ain’t gonna waste their time flowering in a front room in Burnley.

Some plants have evolved to attract a specific pollinator, or need to thirty feet up a tree and…we don’t have those resources. Some plants won’t tell us what we did that one summer fifteen years ago that convinced it to flower, but refused to ever do it again.

Some plants bloom then die as a natural part of their lifecycle (a lot of bromeliads do this), so we actually should be staving off flowering.

Other plants seem to flower only when they’re really stressed (more on this later), which is probably not a great survival technique as a house plant. But to be fair, plants would have never seen us coming. Being moved 3000 miles to live in a box was never gonna be in their genes.

This article will mainly be about the house plants that I’ve successfully gotten to bloom, because, er, they kind of did it by themselves.

If I can do it, you can do it, because I don’t really care if my plants flower. I’m here for the foliage.

By the way a LOT of house plants bloom, but they have a very dull spathe-and-spadix deal going on, so you might not actually notice/think your plant has developed some weird growth.

I will touch on plants that you can coax to bloom fairly easily but I’ve not bought because they’re too high maintenance or only bloom for a limited period.

If you’re interested in how to encourage your plants to bloom, I have a whole article on that very subject here.

Plants I have successfully gotten to bloom that look pretty

I have an angel-wing Begonia that’s blooming at the moment:

The amazing thing about this plant is that it’s only a cutting!

It had blooms on it when it came to me, but it’s grown more.

I got this cutting from a customer at work, and she’s not plant savvy. She inherited the plant from a hospital that closed down, and it’s enormous and blooms all the time. She has it in a south-facing window, though the house is on a narrow street and is kinda dark.

I propped these cuttings in water and recently transferred them to leca. I’ll keep this post updated (if I remember) with regards to future flowerings.

I’ve written about this subject before, but I’ll mention it again here for any newbies – if you buy a small peace lily in bloom, it may have been given an acid to force it to bloom before it’s ready.

So don’t worry if those blooms die and you don’t get any more. If your plant is growing well, it’ll bloom when it’s ready – you may just have to wait a while.

If you want a lily specifically for the flowers, buy a big one.

Peace lilies aren’t that picky about blooming conditions, so if your plant is growing well, it’ll be happy to bloom IF it’s old enough.

My peace lily is currently growing a bloom – here she is:

I’m going to do a whole post on peace lily care, because they’re definitely an easy-care plant BUT they can be tricky to get to really thrive and grow quickly.

I have three peace lilies – a regular one, a variegated one, and a regular one that’s growing in an aquarium.

Now, the one in the aquarium grows like a weed – big, beautiful leaves and blooms. The others grow much slower. Probably because the aquarium is warmer, provides a constant source of fertiliser, and it has awesome light.

I have other hoya, but this is the only one to bloom – so far. The blooms are gorgeous. And kinda look edible (I’m assured that they’re NOT).

If I’m honest, it came with blooms on it. It’s grown new ones since I’ve had it, but I think the garden centre is responsible for the flowers.

Hoyas will bloom readily if you give them the conditions that they need, which are a LOT of indirect light.

I’ve found that it’s hard to burn hoya, even in direct light. They have pretty waxy leaves. BUT they do shrivel up in the sun, so I try to put them somewhere where the sun isn’t beating down on them.

I think next year I’m going to try hanging them outside in the summer and seeing if I can encourage flowers. Hoya also love humidity, which can be hard to provide

Plants that I’ve successfully gotten to bloom that look boring

They have a spathe and spadix. They don’t look ugly, exactly, just a bit…phallic.

I didn’t do anything to get my aglaonema to bloom. She just did it on a whim, all by herself.

If you look closely, you can see she actually has another bloom coming out of the same place as the first one. Twins! I have no idea if this is common, rare, healthy, unhealthy. No clue. She looks pretty healthy though!

Remember when I said that some plants bloom when they’re stressed out?

I think peperomia fall under this category.

Because my String of turtles looks like it’s on the brink of death, yet it’s in full bloom.

The flowers on peperomia last for months (are they trying to put off dying???), and I love them, even though I’m sure it’s a cry for help.

Look at this picture.

(If you can’t be bothered it’s a picture of a band of South American mammals called coatis, that go everywhere with their tails stuck up in the air).

A string of turtles in bloom looks like a group of coatis, and I like it a lot.

My Alocasia polly bloomed, shortly before my boyfriend MURDERED her.

I’ve put my ad revenue on the line here, since advertisers don’t like posts with words like murdered in them (I mean, I see their point), but it’s important to me that you know what he did.

I don’t know if all alocasia blooms look weird, but mine did. It looked like a deformed version of the aglaonema bloom before.

Let me scroll through my camera roll and see if I documented this freak of nature.

No I didn’t, so I’ll embed it from Instagram:

We have a similar they-do-bloom-but-in-a-very-boring-way situation here.

Here’s a picture of a big one in bloom, that I shot in a garden centre.

If you’re interested, this bad boy was about £150, but I got one for £27.99 (obvs CONSIDERABLY smaller) which came with eights leaves and some aphids. Yay.

Americans, this Etsy shop sells Anthurium Clarinervium but they are PRICEY – the reviews looked promising though. Some sellers were selling them for over $200!

They’re cheaper in the UK, and this Etsy shop has them (and loads of other cool plants) for £29.99.

House plants that you can buy in bloom

If you’re just after a pop of colour in winter, you could pick up a cyclamen or amaryllis pretty cheaply in garden centres and succulents.

It’s totally possible to keep these plants and let them regrow next year, since a lot of winter-blooming house plants grow from bulbs.

I personally don’t keep them in the summer months – I try to but they inevitably end up getting forgotten and either drying up or rotting.

Something like a Christmas Cactus is a great option because they have great foliage even when they’re not in bloom.

I only have one ‘proper’ orchid (I have a jewel orchid that lives in the terrarium but I’m not counting it because they’re more of a foliage plant) and er, it hasn’t bloomed yet.

It came to me VERY overwatered and is yet to fully recover. It’s currenly in leca and is doing pretty well roots and foliage wise.

Orchids are very beautiful and pretty good at blooming in our climate, but they’re not really my cup of tea. I do want one of the teeny tiny ones though.

I have a post on orchid care here, but I’m by no means an expert. My recommendation is to buy one and try to keep the blooms it came with alive for as long as possible!

Plants have pretty specific conditions in which they’ll bloom, and they seem to vary A LOT, not only from species to species, but also among different specimens of the same plant.

Just because one of your aglaonemas has bloomed doesn’t mean they all will.

Also, remember that your plant blooming doesn’t always mean you’re doing a stellar/crap job with your plants. Maybe your plant just…decided conditions were right and it was gonna go for it.