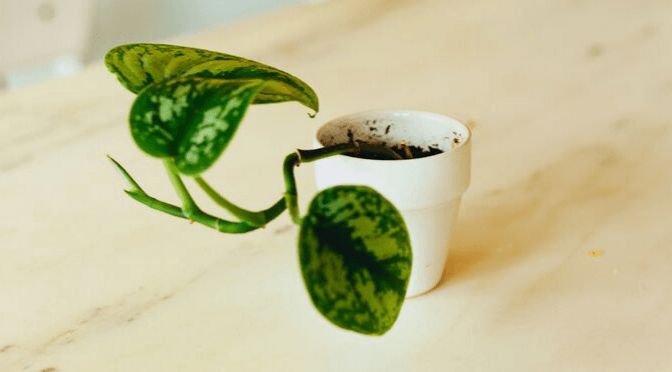 It’s generally assumed that plants get their energy from the sun. All they need is a bit of bright, indirect light and the odd water and they’ll be a-ok!

The majority of house plants will grow ok with no fertiliser, especially if they’re regularly repotted – by which I mean yearly, not like, every month.

But in order for your plant to really thrive, it needs food and nutrients. Sure it’ll be ok without it, but you might not get the full range of colours, or the massive leaves, or the blooms, or whatever it was that attracted to that kind of plant.

You see, I’m lucky in this respect. I don’t spend much of my time lusting over certain plants. If I see a reasonably priced cute (or ugly) plant in the shop that I don’t already own and think I could do a decent job of caring for, I get it.

Which is why I have a house full of plants. And plan one day to adopt a monkey that needs a home.

If I can provide a suitable home for a monkey that can’t be returned to the wild and hates other monkeys and loves chilling among the philodendron I’m THERE.

Anyway, if I want massive monkey-supporting leaves, I’m going to need to fertilise my plants so that they can get big and strong and incredible.

I could make this post extremely long and sciencey, but that would require a lot more research than I have time for, so I’m just going to cover the basics.

If you wish to research which of your plants requires which ratio of N-P-K in their fertiliser go all out.

I personally use one fertiliser and hope that’s ok.

None of my plants have complained in a way that is noticeable enough to me.

So what is plant fertiliser?

As I said, it’s basically plant food. But you can get lots of different kinds:

This is, as you might have guessed, a concoction of synthetic chemicals held together with petroleum products, or sometimes rock.

Some of the chemicals may be naturally occurrring, but they will be in a purer form than in organic fertiliser

Usually made from plant and animal waste – though many contain fish and bone, so us vegans avoid them. Organic fertiliser can include anything from liquid fertilisers made from seaweed, to manure and compost

It’s highly likely that you produce food waste that can be repurposed into plant fertiliser. The pros and cons are the same as for organic fertilisers, but make sure that you don’t accidentally give an alkaline-loving plant too much acid and vice versa.

When not to fertilise house plants

It’s pretty difficult to tell when plants need fertilising, so first I’ll go through times when you shouldn’t be fertilising your house plants:

Ok, so this does depend on where you’ve bought your plant from, but as a general rule of thumb you shouldn’t have to fertilise your plant for a year (one growing period and one period of dormancy/quiet time).

The reason for this is that most commercial house plant producers use a nutrient-rich potting mix in which to grow their plants. Often you can see little blue balls, which are slow-release fertiliser crystals.

Similarly, if you buy a plant, for example, online and it’s shipped to you bare-roots, then the potting mix you use is likely to have some form of fertiliser in it, whether it’s slow-release, compost, worm castings.

There are cases when you’d need to fertilise your plants from the get-go, for example, if you know it’s potted in a nutrient-free potting medium, such as pure coir. I’d be tempted to repot in something a bit more nutritious though.

Or summer. Depending on where you are. Don’t fertilise your plants outside of the growing season. They don’t need it, and it could do them more harm than good – you run the risk of burning the roots.

Actually, if your plants are still shooting out new growth, feel free to fertilise them if you think they need it. Use worm castings or something equally gentle if you’re unsure.

When to fertilise your house plants

Other things to look out for are:

I would recommend fertilising your plants once a month. I use a very diluted liquid seaweed feed. It smells ok, but not great. I only use a tiny amount – usually about a capful per watering can. It’s probably not quite enough but as someone relatively new to the plant feeding game, I’d rather play it safe.

When it comes to feeding plants less is definitely more.

It’s generally recommended that you use half of the amount the manufacturer recommends.

Some house plant owners never fertilise their plants. Some (like Amanda from Planterina) are massive believers in fertiliser. She has massive plants so I trust her judgement.

Ok, I don’t use them, so I can’t make you, but I would recommend wearing gloves. A lot of fertilisers can stain and most of them stink to high heaven. Especially if you use something gross like fish emulsion.

Past that, you don’t really need any specialist equipment – it’s just your usual watering routine with a bit of fertiliser added in. I would just be a wee bit more careful with, say, the plants in carpeted rooms, because some fertilisers do stain/will make your house smell like fish.

How to fertilise your house plants

For one thing, make a note of when you fertilise them. Hopefully the stars will align and all the plants you want to fertilise will need watering on the same day, but you also don’t want to fertilise onto bone dry soil, because that may lead to root burn

Maybe pick a week and fertilise all your plants that week.

If you fertilise plants that are thirsty, they can absorb it too quickly and get root burn, so make sure your plants are moist before you add fertilise them.

I fertilise my plants over a two day period – I water them one day, then fertilise them the next – just add fertiliser to your water.

I use half the recommended amount of fertiliser to be sure my plants won’t be damaged.

I’ve not fertilised my orchid yet, but it’s been recommended to me that I should bottom water my orchid and add orchid feed to the water. By ‘bottom water’ I really mean ‘soak’ when it comes to orchids, because their roots are as likely to be above the bark as below it. So yeah, I’d have to soak it in fertiliser.

I actually don’t know how old my orchid is, but it was very over watered (and potted in normal compost) and is only just starting to recover. It isn’t recommended that you fertilise plants that are weakened in any way, so, er, I haven’t.

Should you vary fertilisers?

I mean, won’t the plants get bored?

If you were to take ph readings and have the soil analysed etc, then yeah, you’d probably want a few different fertilisers on hand to make sure everything stays personally balanced.

But I’m not that plant parent. As long as my babies are healthy and happy, there’s no reason to go all sciencey on them.

What do the numbers mean on fertiliser bottles?

That’s the amount and ratio of macronutrients. So in 5-5-5 there’s equal amounts of the three nutrients, but in lower quantities than 10-10-10.

Ok, but what are the macronutrients?

It does say on the label that amino acids have been added to promote healthy root growth, so don’t worry too much about the lack of phosphorus.

There are three other nutrients that you might find in fertilisers:

Like I said, I use seaweed because it’s vegan and natural, so I’m not bothered that the ratios aren’t the same. All my plants look healthy, though I’ll start looking into adding banana skins and rabbit poo to the soil if anyone starts to look a bit peaky.

Signs that your plants are over-fertilised

Over-fertilising and over-watering are similar in that they’re far more likely to kill your plant than underdoing it.

Fertilising plants is a fairly unnatural thing to do. In the wild, plants spread their roots around and take up nutrients through them. There’s no concentrated chemicals or chance that the chemicals could be too powerful.

The ground is massive, so the concentration of plant food will be spread out.

But your plant can’t get away from the chemicals in its pot. So you need to make sure you’re not either fertilising too often or using too strong of a concentration.

Here’s what to look for if you suspect you’re over-fertilising:

Cards on the table, I can’t find any concrete advice on this, so let’s just use our heads.

Start by flushing your plant through with water. If the symptoms persist, then it might be in the best interests of the plant to repot it. It’s not great practice to repot distressed plants, but sometimes its kill or cure. Repot the plant in a well-draining potting mix with as little fertiliser as you can find. Thin it down with coir or sand or whatever if that’s all you have.

And don’t go overboard with the nurture and accidentally overwater it. The poor thing’s been through enough.

Can you fertilise house plants through bottom watering?

Again, I can’t find any information on this, but…I don’t see why not.

I would be tempted to run some plain water through the pot after to remove any excess fertiliser though.

And I’d worry that terracotta pots would soak up the fertiliser and start to smell. That may be an unfounded worry, but my house is tiny and I would prefer it not to smell of seaweed.

By which I mean those little sticks of slow-release fertiliser you stick in the top of the soil. I/m only going to mention them briefly, because from what I’ve read, they’re not very popular with the professionals, for a few reasons:

If you’re going on holiday for an extended time, then, by all means, use one of those slow release sticks, but chances are, your plants will be fine so long as you feed them before you go.

Are there any plants you shouldn’t fertilise?

You don’t have to fertilise carnivorous plants because they’ll catch their own food. And I can confirm: they’re EXTREMELY efficient.

My sundew actually has a bit of an aphid infestation at the mo, so I keep having to remove some, which I hate doing because I don’t want to damage him.

It’s also a way of keeping down numbers of fungus gnats down that doesn’t compromise my vegan values. It’s nature, y’all.

(If you didn’t know, vegans don’t object to anyone eating meat if they need to do it to survive – it’s the people that eat it gratuitously that piss us off).

And that concludes everything I know about fertilising house plants.