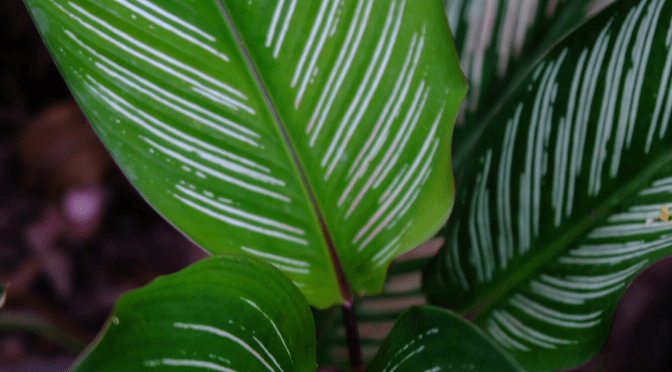 This is a dull but necessary post. Well, not necessary, but possibly useful. Leave me a comment or email me if you have any words you want me to cover.

Aerial roots (sometimes called prop roots)are not the same as underground roots and don’t always do the same job. In most cases, their function is to provide support for the plant by clinging to trees.

The aerial roots of some plant species absorb moisture and nutrients from the air, but you usually can’t propagate a plant with just an aerial root.

A fancy word for a cover pot.

Because this world is MENTAL, it’s difficult to come across beautiful ceramic pots that have drainage holes. As we all know, plants NEED a drainage hole in order to survive (read why here) – if you don’t you’ll have to work your arse off to prevent root rot.

So what we have to do it keep our plants in plastic pots (because who needs the environment?) and then put the plant plus the plastic pot in the beautiful pot. MADNESS.

In most cases, you can keep your plant in its nursery pot for a while, rather than buying another plastic pot. If you’re anything like me, you’ll have a shed full of plastic pots of varying sizes.

Cataphylls are like leaves, but, er, not. Proper leaves are called ‘euphylls’, and do all the photosynthesising.

Cataphylls are smaller and perform a couple of different functions, the most common one being thorns and spines. Sadly, they only perform their function after they die.

The cataphylls house plant parents usually see are the ones on philodendra and they act as a little protective layer for the leaf when it’s growing, and then dies.

I leave mine on, but you can remove them if you want.

They’ll drop off on their own eventually.

It’s a myth that all plants go dormant. When they stop growing in winter they’re not dormant, they’re just using their energy to keep their leaves alive, rather than wasting it growing suboptimal winter growth.

Not many house plants go dormant as part of their natural cycle, because they’re tropical, and therefore there’s no real winter season.

However, some plants show all the signs of proper plant dormancy, which looks to all intents and purposes as though the plant has died.

From a quick search, it seems as though Alocasia are the worst culprits for this overdramatic behaviour. If they detect n extended drop in temperature, they drop all of their leaves.

What the plant is doing is getting rid of any dead weight (who needs leaves when it’s cold and dark?) and concentrating all its energy on its tuberous roots. Chances are, it’ll start putting out new growth in spring and we’re all happy.

TOUCH WOOD none of my three alocasia have gone dormant. my stingray has put out a new (albeit tiny) leaf, and my Amazonica bloomed. My Zebrina got off to a rough start (I think low humidity in the supermarket I bought her from was the issue) and dropped all her leaves but three.

Those three are fine, but there’s no sign if any more.

Guttation occurs when the plant takes up more water than it can use or expel through transpiration. The pressure of the water builds up in the leaves and forces the water out in the form of droplets on the ends of the leaves.

Measures the ambient humidity of the air.

When a plant grows sparsely – the leaves are smaller and far apart on a leggy plant. I have a post on leggy growth here.

An oil pressed from the fruits and seeds of the neem tree, as evergreen tree from Indian.

It’s useful to clean plants and is a great way of getting rid of pests because it stops them from reproducing.

Don’t use outside because it affects bees.

There are a lot of people out there that claim it’s not potent enough to get rid of severe infestations, but it works for me.

The bit on a stem where the leaves grow from. Normally looks like a little bump. You need a node if you wish to propagate your plant.

The pot your plant comes from the nursery in.

Oedema (in plants – am not a doctor)

When the roots take up too much water too quickly. Pressure builds up and the vessels burst. It often looks like little red spots in the leaves, but can also be seen in the form of corky spots, or pimple-like bumps. Ew.

Fiddle leaf figs are notorious for getting it because they’re drama queens.

If you see signs, remove the affected leaves – they won’t recover.

The main cause of oedema is overwatering – learn how to stop overwatering here. It’s sometimes caused by overall bad plant parenting or even as a side effect of some insecticides.

Perlite is a type of volcanic glass that can retain water but helps to stop soil from being compacted, so it adds drainage but prevents soil from drying out too quickly. We love.

The petiole is the bit that attaches the leaf to the stem.

Celery and rhubarb are petioles. The more you know.

To make more plants from a parent plant

So, you’ve spend £200 on a variegated monstera and you’ve heard that they can revert.

This just means that you’ll have to keep an eye on the new growth, because it can come in completely green, and you may lose the variegation entirely.

You can help to preserve the variegation by cutting off the green leaves.

A plant of a genus that comprises the peat mosses. I took that sentence straight from Wikipedia.

When the zones of the leaf are different colours. This does occur in nature, and I always assumed it was like the plant version of albinism.

And then we get plants like Monstera Thai constellation (I have one! I love it!) that we created by botanists and don’t occur in the wild. The benefit if this is that plants that have variegation built into their DNA don’t revert.