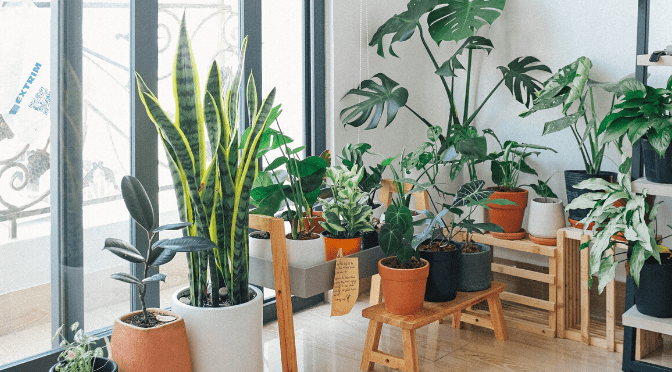 I love the look of a plant shelfie that’s crammed. It looks so lush and green and swell and it was really what I was aiming for when i first started collecting house plants.

Until I discovered that actually, plants may not like to be crammed so tightly together. Nightmare.

I only researched this because I was aware that certain plants really hate to be touched – carnivorous plants especially – and I noticed that touching plants, especially new growth can cause damage.

So, as tempting as it is, don’t try to help your plant’s leaves unfurl.

You see, if a plant is being touched, it could be about to be eaten, or stood on, or peed on. It doesn’t have the option of running away, the only thing it can do is engage it’s threat response system – a plant version of an immune system.

Not only do they not like to touch each other, they don’t want you to touch them either.

This area of research is relatively new, but plants are far more sensitive to stimuli than we ever realised. The slightest contact from anything causes a huge gene response on the plant.

Did you know that if you gently shake seedlings (imitating the wind) it causes them to grow sturdier roots? Don’t do it too much, because it can stunt the plant.

What will happen if your plants touch each other?

The word we are looking for here is thigmomorphogenesis (thigma means touch in greek). It’s a big word, and it’s hard to spell, so I’m sorry if it’s incorrect.

This refers to how plants respond to mechanical touch, whether that’s the wind, the rain, or being rubbed by either passing animals, or us, checking for bugs or new growth.

This where the shaking of the seedlings coming – plants that are grown indoors are taller and more spindly than those grown outside because the wind encourages plants to grow in a more stocky way.

If your plants touch each other it can stunt their growth, because the plants think that there’s restricted space.

Regularly touching your plants (or having them touch each other) can reduce plant growth by 30%.

Maybe just scooch your plants away from each other a bit?

Plants are so freaking cool.

Either arrage them so that tall plants are next to short plants or stack your plants on plinths (an upside plant pot is a good option) so that they don’t touch each other.

I have one in my tiny office along one wall and it houses five plants but takes up very little room. You could put one behind the sofa if your sofa is normally pulled back against the wall.

If your plants are too big, trim them back and stop them getting all up in your other plants’ business.

Train your sprawling plants up moss poles. Pothos are the obviously choice, but large phildendrons and monsteras can be reigned in substantially by attaching them to moss poles.

All the information you need to stake up your plants is here.

Do my indoor plants touch each other?

They used to, but I’ve moved them apart.

In winter, my plants are crammed together more closely because I have to move the plants from the bathroom and hallway into my office so they don’t get too cold (and the light’s better).

They definitely touch a bit then, but I think they’re prefer to have somewhat stunted growth than freeze to death, so it’s a matter of balance. Also, growth is significantly slowed in winter, so I’m hoping that the effects of thigmomorphogenesis aren’t as drastic.

Many of you will be familiar with the Mimosa plant, that recoils and curls up if you touch it. Yeah, all plants wish they could do that. They don’t want to be touched. They don’t know what your intentions are.

Wow, I feel so bad for unnecessarily repotting so many plants. Sorry, guys. I had no idea I scared you so much.

But before you flinch every time you brush past your plants, remember that in the immortal words of Dr. Ian Malcolm, life, uh, finds a way.

There are studies to suggest that plants that are touched by humans trigger a response that causes them to be less susceptible to fungus.

Feel free to leave any comments, but if you leave any anti-vegan sentiments, such as the plants feel pain crap, I will judge you harshly. You’ve been warned.