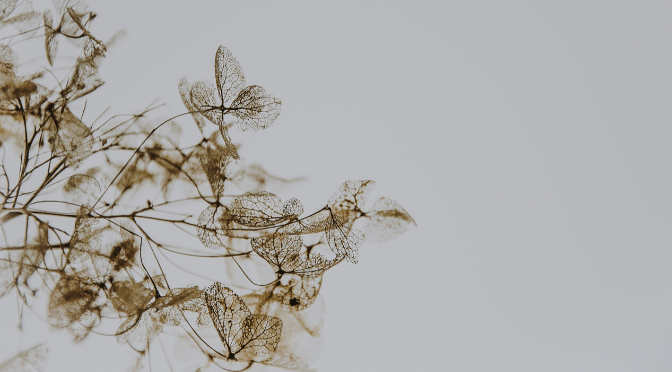 I know, I know, you wouldn’t have people needed to search for this, but they do. Sometimes plants pretend they’re dead when actually they’re just having a little rest or need a good drink.

Some plants just…look dead. I have a cactus that’s covered in dust and rabbit hair (it’s too spiky to clean!) and is scarred from an elongated mealy bug assault and it looks…dead. It’s not though, because it’s growing like hell.

Plant’s don’t breath or move (there are exceptions here) or have a heartbeat, so it’s not always possible to know if you’ve reached the end of the road.

Is a plant dead if all its leaves have fallen off?

Well, you’d think, wouldn’t you? Since plants need leaves to photosynthesise and stuff. Except their roots can do a sterling job of pushing out new growth when it’s time.

But no, plenty of plants go back into their tubers and shed all their leaves. Some don’t do this as a matter of course, rather they do it from neglect, in the hope that their owner will rehome them to someone more caring about their needs.

They can often still be revived from their root ball.

Some plants (Philodendron Gloriosum being an example) actually have their leaves removed prior to shipping, because they don’t travel well, and will be irreversibly damaged.

The plant may as well use its energy to keep its roots strong, rather than waste it on protecting leaves that are going to be damaged and will have to be snipped off anyway.

Some plants, such as cyclamen, die right back every year and can be revived back from their bulb. Unless you actually water yours too much and it rots, of course. Oops.

Is a plant dead if it gets root rot?

You can save plants from root rot but you have to act fast. In extreme situations (such as if repotting and leaving to dry out don’t work), you can perform surgery on your plant and snip off the mushy roots.

The root should be firm and usually white. If the roots are all brown, mushy and gross then it may be time to say your goodbyes.

Is a plant dying if it starts losing leaves?

Plants lose leaves as part of their natural cycle, so you need to look at

a) which leaf it’s lost and

b) how many leaves are dropping.

A single leaf turning brown and dying near the bottom of the plant is probably natural. If a plant is being watered inconsistently, then it may sacrifice either it’s the oldest leaf (usually one near the bottom) or the largest leaf.

If it’s just one, that’s cool. If it’s losing a lot of leaves in quick succession, you may have to swoop in an rescue it.

Is a plant dead if its leaves start turning brown?

Not necessarily, but it is a sign that your plant is dying. Brown leaves usually indicate underwatering, but I’d advise checking with a moisture metre. If your plant is already wet then you’ll just be killing it faster.

Brown leaves could also indicate sun damage, so check that your plant isn’t in full sun for a portion of the day.

It could also be a bacterial infection. Cut off the brown parts of the leaves, change the soil, spray it with neem oil and hope.

Is a plant dead if it’s leaves start turning yellow?

Yellow leaves are likely to be a sign that your plant is being overwatered, so check the soil.

If it’s sodden, then check the roots and see if they’re mushy. then re-pot, perform surgery if required.

Yellowing or brown edges to leaves are usually a sign that you don’t have high enough humidity, so you may need to find a way to increase it.

Telling the difference between a dead and a dormant plant

There are a couple of harsh ways to tell if a plant is dead or dormant:

If the stems are alive further down the plant, then snip off the dead parts. If part of a plant has gone completely brown it usually means the cells have died and can’t be revived.

There’s no secret to reviving a dying plant – just treat it nicely. Put it in a spot where it gets plenty of bright, indirect light and isn’t in a draught. Make sure it’s getting enough water but don’t overwater it. Don’t fertilise dying plants – the added chemicals may prove too much and be the final nail in the coffin.

Make sure you cut away any parts of the plant that aren’t serving it – any brown leaves can be snipped off, as can brown portions on leaves.

Don’t re-pot if you don’t have to. Re-potting a plant can place it under a lot of stress, which won’t help the situation.

Things to do if you suspect your plant is dying